The Indian driver led a 1-2 finish for team MRF at second round of the APRC. 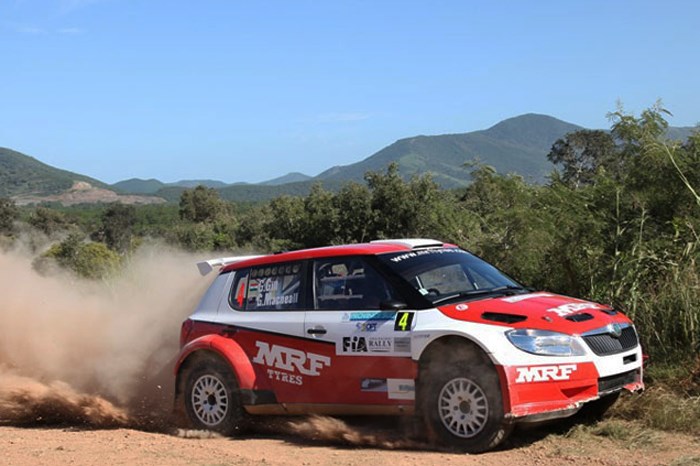 The rally was initially led by Proton’s PG Andersson but the Swedish driver dropped time on Saturday morning with electrical problems caused by one of the many deep water-crossings. The Proton’s engine gradually lost more power through the day and team changed the head gasket at final service.

Andersson set out on Sunday morning with a mission to get back on the podium, but his bid for points lasted only six kilometres before the engine stopped once again, this time with terminal damage.

Gill’s teammate, Australian Chris Atkinson took over top spot in his MRF Skoda Fabia S2000 and drove at a blistering pace through the rough and very slippery southern red roads.  But the lead was to change again when Atkinson lost time when he stopped in the middle of a stage on the final morning, a water crossing once again throwing a spanner in the works.

Atkinson did get going again but only after Gill passed him in the stage and took over the lead. With a nearly five minute gap between them and the next surviving competitor Brian Green over 10 minutes further back, Gill and Atkinson drove the remaining stages in safe-mode to ensure an MRF One-two.

The elated Indian said, “I’d really like to thank the team for this one, it was due to them we could keep going.

“Everyone had issues and I’m sorry for what happened to Chris but the main thing is that it’s still a one-two finish for MRF and the whole team can celebrate.”