Over his two decade long career in motorsport, Gill has racked up trophies in a number of national and international events. 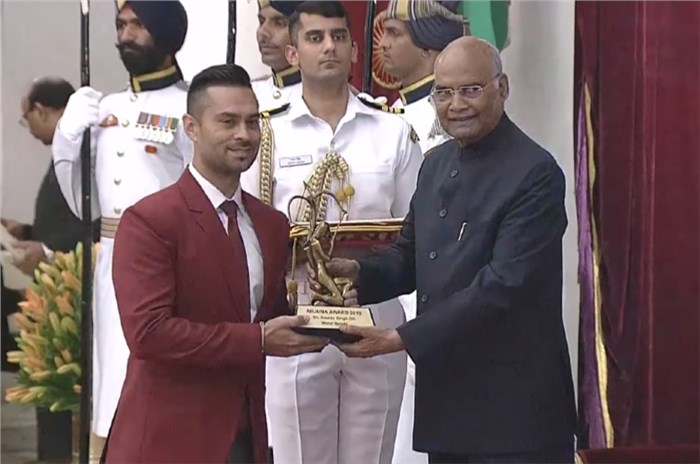 Ace rally driver Gaurav Gill has officially won the 2019 Arjuna Award for Motorsports – a landmark moment with motorsport being recognised officially on the national stage in India. Gill was presented the award by the President of India, Ram Nath Kovind, at the National Sports and Adventure Awards 2019, making him the first motorsport athlete to win the award, which is among the country’s top sports honours.

After being passed over on three previous occasions, Gill was finally nominated for the Arjuna Awards earlier this month. Over his two decade long career in motorsport, he has racked up trophies in a number of national and international events – including winning the Asia Pacific Rally Championship (APRC) thrice and winning the Indian National Rally Championship (INRC) six times. Internationally, he has also represented India in the World Rally Championship 2 (WRC2), participating in four rounds last year, and he’s expected to compete in at least three rounds this year.

While speaking to Autocar India, Gill highlighted what his Arjuna Award nomination means for Indian motorsport and all those looking to pursue a career in motorsport, saying: “What is really going to benefit is motorsport, and maybe rallying. Everyone’s going to start respecting us and the fact that there is a future, a light at the end of the tunnel, and that there can be massive opportunities to win something like this or to receive sponsorship.”

“India’s auto industry is quickly becoming the third-largest in the world. Why not have someone represent the industry and showcase how big and how important this could be. All in all, this is going to matter for everything related to the automotive sector. I just hope we start seeing days where the sports and auto industry finally pick up people from motorsport instead of Bollywood actors and cricketers to advertise their products. Also, it will be easier for young kids now to pick up and pursue motorsports, as they can now see that they can make a career out of it in the future. They can tell their parents someone’s got an Arjuna Award, why not me next?”

Gill believes the award will help provide the impetus motorsport needs in India by bringing it in the public eye: “The main thing is education. People need to be educated about our sport and need to understand how it works,” he says.

“The basic thing is that if you understand what it’s all about, then you’ll gain popularity. With popularity, it will become more commercial and that means more sponsors and more money in the sport.”