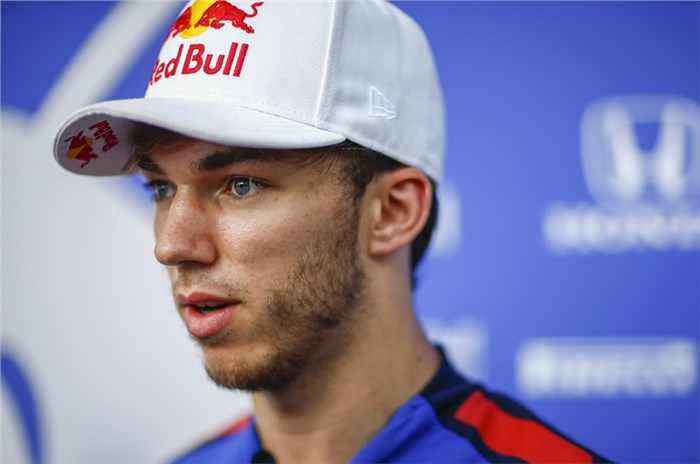 Pierre Gasly is all set to join Red Bull Racing from the 2019 Formula 1 season, in place of Daniel Ricciardo.

Gasly made his F1 debut at the 2017 Malaysian Grand Prix for Red Bull’s junior team Toro Rosso and was then promoted to full-time driver for the current 2018 season. He finished fourth in Bahrain, earning Honda's best result since returning to F1 in 2015 as an engine supplier, and has since banked seventh in Monaco and sixth in Hungary to comfortably outperform team-mate Brendon Hartley. He’s currently 13th in the drivers’ standings with 26 points.

“To be awarded a drive at Aston Martin Red Bull Racing from 2019 is a dream come true for me, I’m so excited to be joining this top Team. It has been my goal to race for this Team since I joined the Red Bull Junior Driver Programme in 2013, and this incredible opportunity is another step forward in my ambition to win Grands Prix and compete for World Championships. Red Bull has always looked to fight for championships or victories and that’s what I want. I’m a really competitive guy and when I do something it’s always to fight for the best and top positions,” said Gasly.

Following Ricciardo’s shock announcement that he would be leaving Red Bull to join Renault next year, Carlos Sainz and Pierre Gasly emerged as the early favourites for the vacant seat. However, Sainz’s recent announcement that he’ll be racing for McLaren from next year as part of a multi-year deal effectively confirmed Gasly's promotion because McLaren needed Red Bull's permission to hire and announce Sainz.

Red Bull's confirmation of Gasly means it will need to find at least one new driver to place at Toro Rosso next season, though Hartley may yet earn a stay because of the lack of options.