The Spark-Renault SRT_01E, was under development for nearly 10 months and has been built by some of the sport's biggest names. 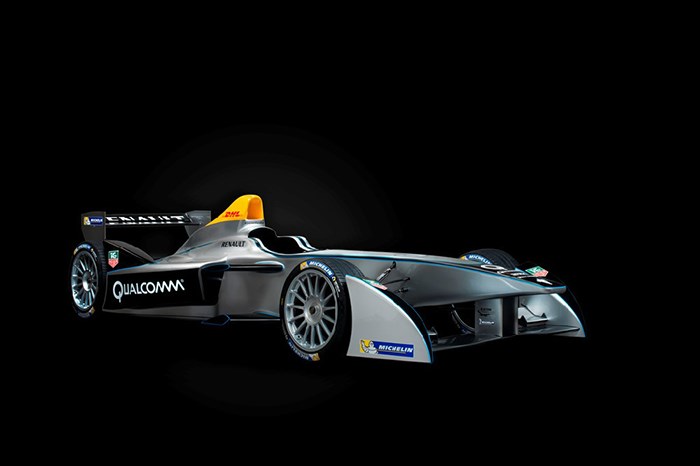 Formula E has unveiled the Spark-Renault SRT_01E, the all-electric single-seater that will be used for its inaugural championship next year at the Frankfurt Motor Show.

Formula E Holdings CEO Alejandro Agag and FIA president Jean Todt pulled the covers back on the first version of the actual race-specification car that will be used for its debut season which is set to kick-off in September 2014.

The SRT_01E, which was under development for nearly 10 months, has been built by some of the sport's biggest names, with Spark Racing Technologies – led by ART's Frederic Vasseur and supported by Dallara (chassis), McLaren Electronic Systems (powertrain), Williams Advanced Engineering (batteries), and Hewland (gearbox).

The package will run on custom made 18-inch treaded tyres developed by Michelin, with just a single durable tyre suitable for both wet and dry conditions, which will help control costs.

"This is a great day for Formula E," said Agag. "One year ago we had an idea of the first global zero emissions championship. Today we take a big step towards making it a reality."

Todt added: "I'm very pleased. We know how important this championship is for the future. We have people who have believed in this project."

A calendar of 10 races is set to feature several street circuits including London, Rome, Los Angeles and Bangkok amongst others.