The all-electric 200hp car built by the students of the Academic Motorsports Club, Zurich is capable of going from 0-100kph in 1.513 seconds. 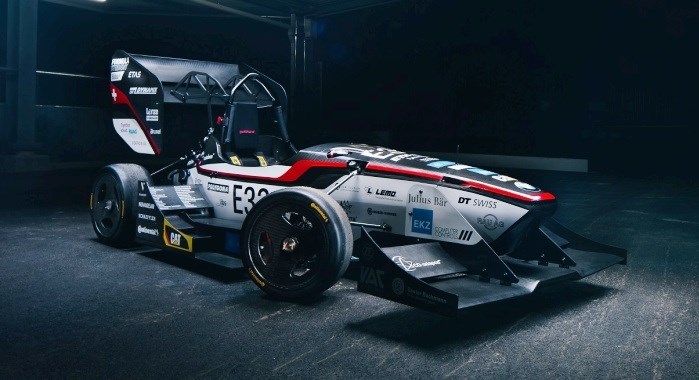 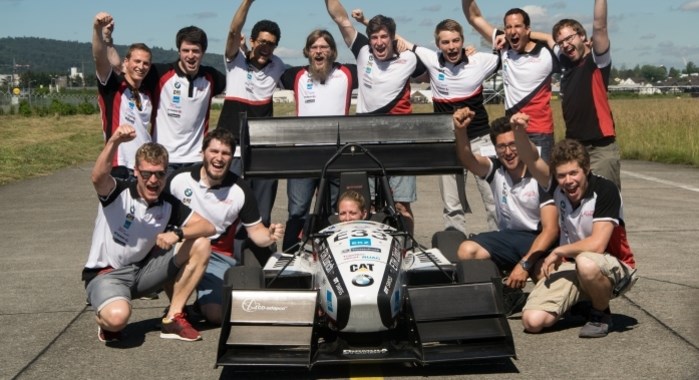 The students of the Academic Motorsports Club Zurich (AMZ) of ETH, Zurich have built the fastest accelerating car in the world, and it’s all electric. The car hit 100kph in 1.513 seconds, within a distance of under 30 metres, on a military airbase near Zurich, breaking the world record of 1.779 seconds.

Thanks to the use of carbonfibre materials, the car weighs a mere 168kg and features four self-developed wheel hub motors transferring 200hp of power via a four-wheel-drive technology. The 0-100kph in a scant 1.513sec is a whole 1.3sec faster than the Tesla Model S which is considered to be the fastest accelerating four- door sedan. It is also faster by half a second compared to the Porsche 918 Spyder which is the fastest accelerating car ever produced.

The students have developed this car to participate at the Formula Student Germany or FSG August 8-14, 2016 at Hockenheimring. The competition is spread over seven days and around 115 teams from all over the world will participate in various events. This competition, however, is unlike any other as the teams are judged not only on the basis of speed but also with respect to product presentations, budgetary control, product design and business model divided broadly into two categories of events – Static and Dynamic. The team with an overall highest score will be declared a winner.

Last year, the AMZ Racing Team from the ETH Zurich, was awarded second place in the overall rankings, making it one of the potential candidates for the podium this year too. The team is sponsored by the BMW Group which has also sponsored two other teams participating in the competition. The teams receive financial support, design assistance, manufacturing support as well as driving assistance from the company.

Formula Student Germany is one of the many competitions in the world where students can showcase their engineering and technical skills in design, manufacturing and testing of automobiles. The event also sees participation of teams representing various engineering
colleges from India too.