With the second-gen Formula E car set to end mid-race car swaps, season five of the series will see the introduction of a number of format changes. 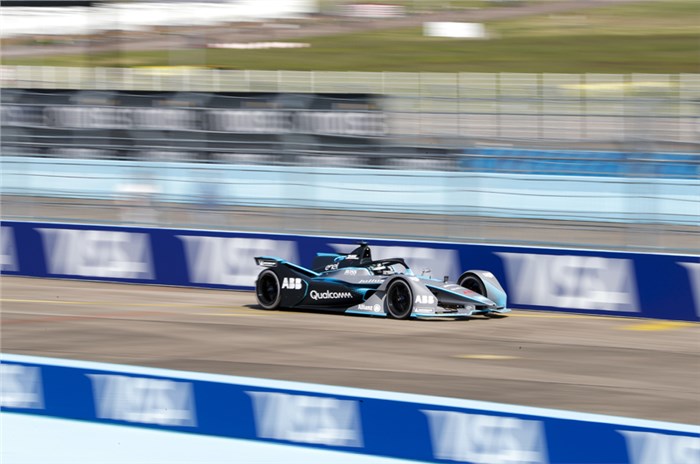 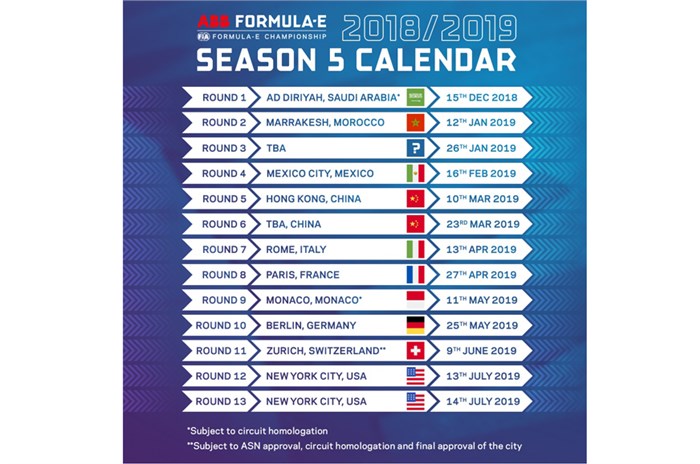 Formula E's 2018/19 season will be a 13-race championship that visits 12 cities, including a new, second event in China. The calendar was approved by the FIA's World Motor Sport Council at the governing body's sport conference in Manila, with two races listed as TBA (To Be Announced).

Monaco returns to the Formula E calendar for season five, but it is yet to be confirmed if the series will use the full grand prix layout for the first time. The race is listed as "subject to circuit homologation" by the FIA.

The season-opener in Riyadh has been confirmed for December 15, 2018, with Marrakech returning for a third consecutive season on January 12, 2019.

The third race on the 2018/19 calendar – which, in season four, was filled by the inaugural FE event in Santiago – is yet to have a confirmed location, but is slated to take place on January 26, 2019. It is understood that Formula E has discussed returning to Santiago, but any future race would have to take place in a new location after the series encountered logistical difficulties during the first running, as well as opposition to the event from local residents.

After a fourth visit to Mexico City on February 16, the electric racing series will return to Hong Kong, with the city's race moving to March 10. A second Chinese event is scheduled to take place two weeks later, but the venue is yet to be confirmed. Formula E has previously targeted a race in mainland China after Beijing stopped hosting the electric championship following its second race back in 2015/16. The series has also previously been linked with a race on the island of Hainan.

Rome returns after making its Formula E debut in season four, with its second race taking place on April 13, 2019, two weeks before the fourth Paris E-Prix. Monaco's race will be held on May 11, with events in Berlin and Zurich taking place on May 25 and June 9. The organiser of the race in Zurich, which is making its first Formula E appearance this weekend, has a nine-year licence to host a race with the series. But the second event is "subject to ASN approval, circuit homologation and final approval of the city", according to an FIA statement, as a review following the inaugural Zurich event with city officials is understood to be part of the approval procedure.

For the second championship in succession, the 2018/19 season will conclude with a double-header in New York on July 13-14, 2019. The proposed Birmingham round was not included in the season-five calendar.

Season five of the electric racing series will also see the introduction of a number of format changes. With the second-generation car set to end mid-race car swaps, the series has made it mandatory for drivers to use two different power modes over a race distance, in a bid to promote a mixture of strategic options. Drivers will be able to access 225kW of power in a higher mode – as opposed to the standard 200kW available during the race. The exact number of individual uses and relative duration of the higher power mode will vary at each event and will be determined by the FIA.

To accommodate the larger grid of 22 cars, the new qualifying format for season five will see the six fastest drivers after the group stages battle it out for pole position. In yet another change for next season, the race distances will no longer be measured using a pre-defined number of laps. Instead, the races will run to a time limit of 45 minutes, plus one lap to reach the chequered flag. Instead of fastest lap, points will be awarded to the most efficient driver classified in the top-five positions.