The #DrivenByDesign competition will allow fans to submit their own livery design for the M3Electro ahead of the first tests at the Donington Circuit. 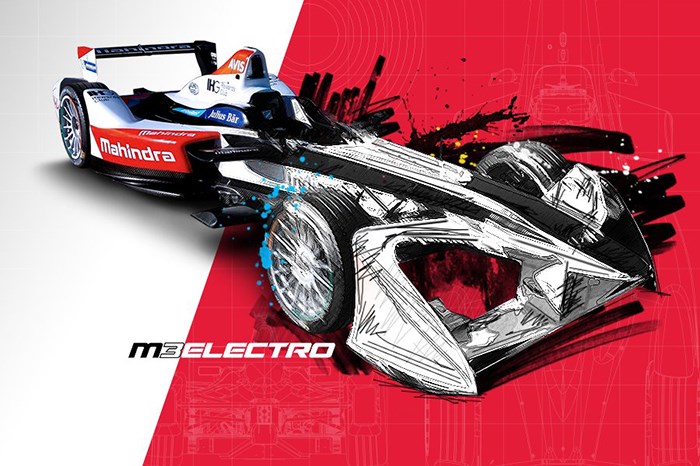 Mahindra Racing Formula E Team has invited the public to design the livery for its new M3Electro race car that would compete in season three of the FIA Formula E Championship.

Mahindra Racing is teaming up with leading Italian design house Pininfarina, which is also part of the Mahindra Group, for the #DrivenByDesign competition in which fans can submit their own livery design for the M3Electro ahead of the first public tests at the Donington Circuit later this month.

The entries will be judged by Pininfarina’s automotive design team and the winning livery will be chosen by Pininfarina’s Chief Designer Fabio Filippini. The winner will get an opportunity to spend the day at Pininfarina’s design headquarters in Turin, Italy.

The competition is open until 10 August, complete requirements including terms and conditions can be found on the Mahindra Racing Facebook page.

It is not the first time that Mahindra Racing has crowd sourced ideas from its growing fan base. In February, the team called upon fans to submit track design suggestions for a potential Formula E race in New Delhi. Fans responded in large numbers from all over the world and the shortlisted designs were presented to the State Government of New Delhi for consideration to host an India ePrix event.

Dilbagh Gill, Team Principal, Mahindra Racing Formula E Team said, “We want to help Mahindra Racing fans from all over the world to feel part of the team. It is not just our immediate team that has ingenuity, passion and relentless drive when it comes to our motorsport activities, Mahindra fans have it in plentiful supply as well. I am pleased to be able to partner with Pininfarina to offer such an exciting, once-in-a-lifetime prize for this competition.”