The grid will be centrally run as a category in the new JK Tyre Racing Championship. 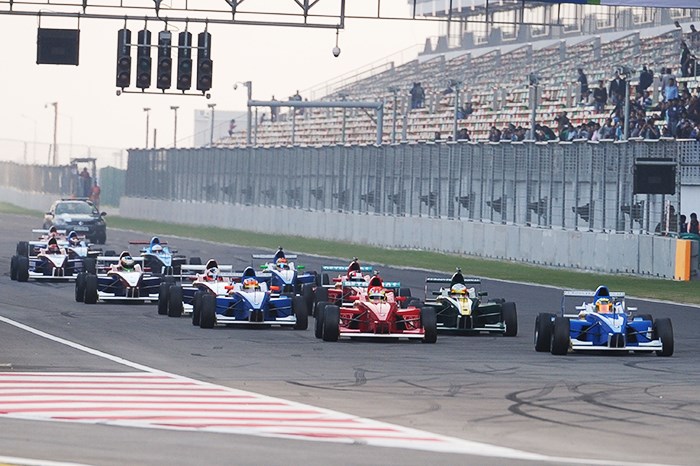 Indian motorsport will see a debut of a new class this season, with Formula BMW taking the mantle of the flagship class in the newly-instated JK Tyre Racing Championship.

The breakaway series, which has been formed after the erstwhile national racing championship was taken over by MMSC with support from MRF Tyres, will include the Volkswagen Polo Cup and Formula LGB classes as well.

The cars, which were run under the JK Racing Asia Series banner in 2011 and 2012, will be centrally run by Eurointernational - an Italian outfit which has been running the same machines in the Asian and European iterations of the series.

The field of 12 drivers confirmed for the new class include karting prodigees Vishnu Prasad and Ameya Bafna among other drivers who have proven themselves in national championship over the years.

The championship will make its debut at the Kari Speedway in Coimbatore on July 19, and as of now four rounds have been confirmed, with a fifth one scheduled at a street circuit which is yet to be announced.