The reigning champion outfit has been working on fixes to cure the chronic overheating problems. 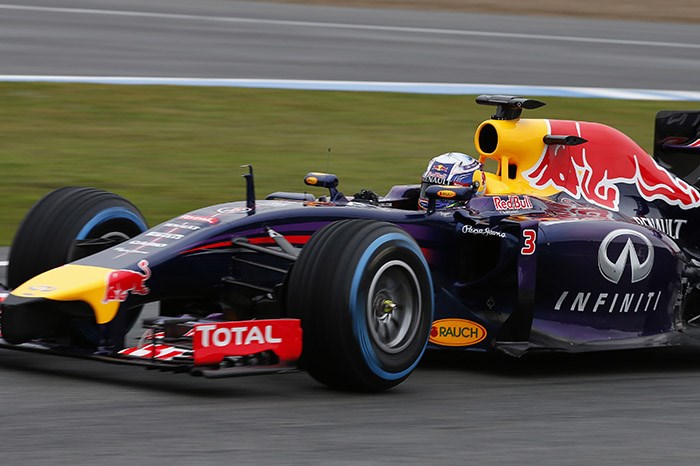 Red Bull insists that there is nothing 'major' wrong with its RB10, despite its troubled first pre-season Formula 1 test at Jerez.

The Milton Keynes-based outfit has been working on fixes to cure the chronic overheating problems that left it struggling to get running in Spain.

While rivals Mercedes and Ferrari racked up the miles, Red Bull completed just 21 laps over the four days in Jerez before calling an early end to its test.

Despite the seriousness of its situation, Red Bull team boss Christian Horner reckons that the work his outfit needed to get on top of the problems was not excessive.

"There's a few things we needed to tighten up on our side but nothing major and obviously Renault have got some issues that they are tidying up as well," he said in an interview with Sky.

"But these cars are so complicated that little problems cause big failures."

Red Bull has faced some time pressure to cure the problems because the second test in warmer Bahrain begins next week.

After the two Bahrain tests, there is less than a fortnight before the season-opening Australian Grand Prix.

Horner is comfortable, however, with the situation, but accepted that the team needed to do better in Bahrain than it did in Jerez.

"Obviously there's quite a bit to do but there's still a fair bit of time before the first race," he said.

"The Bahrain test next week is an important test so everybody working very hard at both Renault and Milton Keynes."

He added: "We don't want another week like Jerez but that's what testing is for - you sort your problems out so as not to have them at the races."