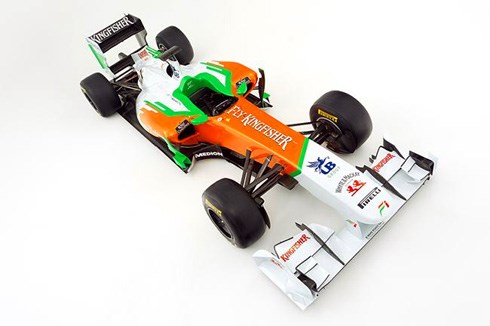 Force India unveiled its new VJM04, with the team becoming the second outfit to utilise a blade-style roll hoop design in 2011.

The outfit opted to use its 2010 car during the first pre-season test at Valencia, but will give its new challenger a first run at the Jerez test that starts on February 10.

As well as the roll hoop design, which is similar to that used on the Team Lotus car, the new car features undercut sidepods and an intricate front-wing concept.

Force India finished seventh in last year's constructors' world championship, and are hoping that the promotion of Paul di Resta as team-mate to Adrian Sutil will allow it to make solid progress.