Force India sure it can surprise too

The squad is sure it can emulate midfield rivals in fighting for shock Formula 1 results. 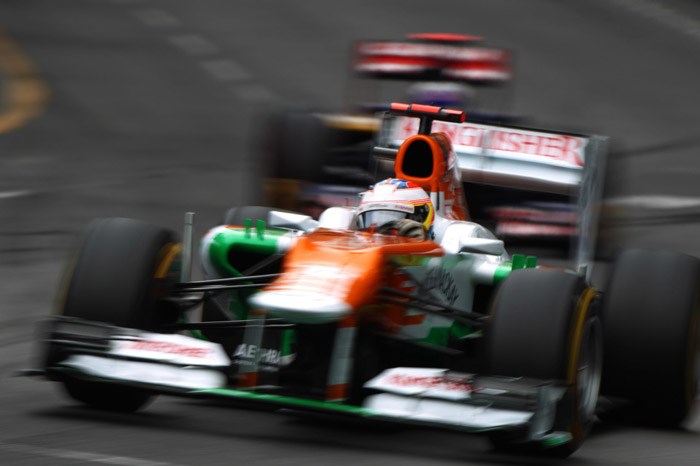 Force India is adamant that there is no reason why it cannot emulate the likes of Lotus, Sauber and Williams by challenging at the front in Formula 1 this year - even though it only has one top-six finish to show from 2012 so far.

The wildly unpredictable 2012 F1 season has seen a host of surprise names at the front of the field, with Pastor Maldonado giving Williams victory in Spain, Sauber coming close to a Sepang triumph with Sergio Perez, and Lotus in contention for wins at Sakhir and Catalunya.

Force India has been unable to emulate its regular upper-midfield peers' underdog shocks to date, but team boss Vijay Mallya believes the squad's package is no worse than its usual rivals' and is sure that Force India can be at the front too when it hits on the Pirelli tyres' 'sweet spot' as others have.

"I believe this unpredictability has crept in largely because of the tyres and it's making for some entertaining races. That's why we're working especially hard to understand the tyres better to make sure we get the best out of them," said Mallya.

"If we can find the sweet spot I hope we can enjoy our own special results in the races to come."

Although Force India is currently only eighth in the standings, Mallya says its current score and its tally of seven points finishes in the opening six rounds between drivers Paul di Resta and Nico Hulkenberg is respectable.

"Six races into the season and we have 28 points - a very strong start to the year," said Mallya. "Both drivers are delivering what we expect of them and we're gaining some momentum, just as we did last year. Our car is clearly competitive and so are the drivers.

"I'm very pleased with the way things went in Monaco with both cars in the points. It was our second double points finish of the season and the result brings us much closer to our nearest competitors, Sauber and Williams.

"We have our eyes focused on closing the gap further and I believe we have the pace to get on terms with them in the points race soon."

Di Resta agreed that while Force India might not have achieved the same highs as other midfield teams so far, that did not mean its general performance level was lower.

"The teams around us are all strong, but we've shown that we are consistent and can take on teams like Lotus, Williams and Sauber, who are all looking competitive," said the Scot.

"In terms of points scored we are well ahead of where we were this time last year we take a lot of positives from that. I believe we can keep picking up points and be even stronger in the second half of the year."