The team is currently fifth in the 2013 constructors' championship having finished seventh, sixth and seventh over the previous three campaigns. 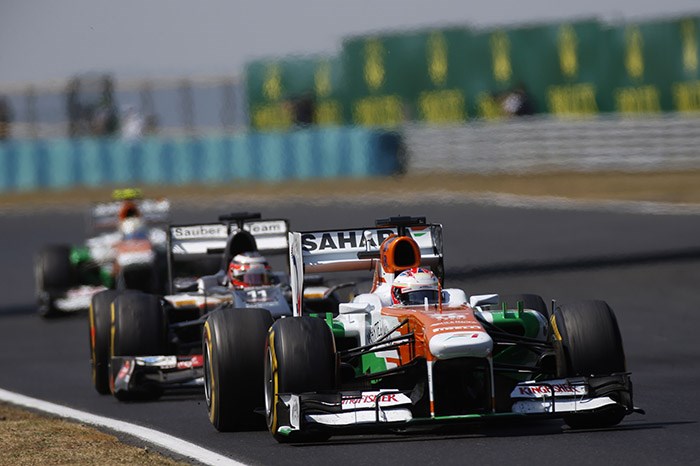 Force India is set to upgrade its technical facilities in a bid to continue its climb up the Formula 1 grid, but wants clarity on future spending rules first.

The Silverstone-based team is currently fifth in the 2013 constructors' championship having finished seventh, sixth and seventh over the previous three campaigns.

Team principal Vijay Mallya believes Force India's performance level could increase dramatically if it has improved facilities such as a new 60 per cent scale windtunnel.

But whether or not it opts to build a new windtunnel to replace its current one in Brackley, acquired when the team was in its Jordan guise, depends on how much use cost-cutting restrictions designed to reduce spending allow in the future.

"We know we have to make some capital investments, particularly on the aerodynamic side but we are waiting for clarity on the rules," said Mallya.

"If windtunnel time is going to be restricted, there is no point in us installing a new state-of-the-art windtunnel and adding capacity that will not be utilised, in which case we might share a windtunnel with somebody.

"If we have access to a more modern windtunnel, I believe that the performance of this team will jump exponentially as it is one of our handicaps today."

Mallya paid tribute to the efforts of his team despite its relatively modest facilities.

Force India currently heads McLaren in the constructors' championship after a strong first half of the season.

"I am very proud that we are achieving this kind of track performance with the type of windtunnel we have," he said.

"The boys are doing a remarkable job. This is a windtunnel of Eddie Jordan vintage.

"We are taking a lot of pride in these small steps forward.

"The design team, the technical team are doing a brilliant job but I need to give them the tools for that last mile. That's what separates the big teams from the smaller teams.

Mallya added that the team also has plans to expand its factory, located across the road from the main entrance of Silverstone.

"We are looking at some land adjacent to the factory to cater for future expansion," he said. "You can't get a better location."