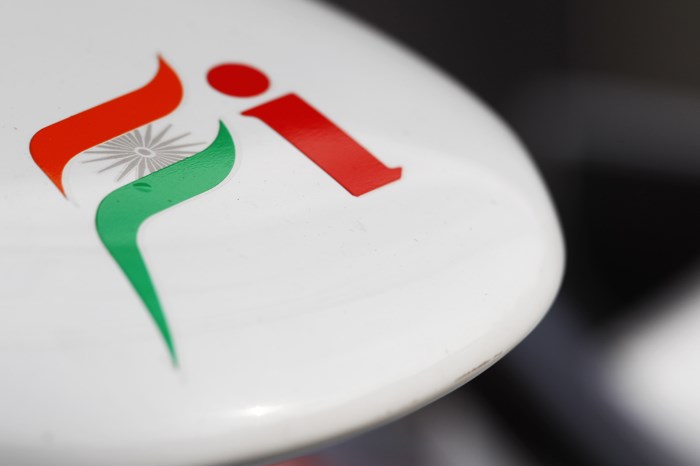 Force India has indicated that its 2012 car will be ready for the first winter test at Jerez from 7 February, having completed the mandatory crash tests for the VJM05 before Christmas.

In a rule change for 2012, the FIA now stipulates that the crash tests must be passed before testing can commence, putting pressure on teams to be ready sooner. With a two-week gap between the first and second tests, there had been speculation that others might adopt Mercedes' stance and use a 2011 car for the opening sessions, but Force India technical director Andrew Green said his squad was on target to be ready from the outset.

"We're on schedule, that's the good news," he said. "It's been a little bit tougher this year, having to homologate the chassis prior to testing. So there was a little bit of extra planning involved to get that sorted. The chassis has been homologated since December.

"There were a lot of fingers crossed! You're hoping everything does what all the analysis says it should have done. It's always nice when you reel off the tests one-by-one without any dramas at all. It's a real credit to everybody."

Green added that Force India's state of preparation was particularly pleasing because it had been forced to push on with 2011 development later than intended as closest rival Toro Rosso grew stronger in the final rounds of last season.

"It was such a close 2011 season, fighting where we were fighting in those last few races," he said. "We didn't know which way it was going to go. We weren't really anticipating such a strong response from Toro Rosso near the end of the season - they seemed to have a reasonable upgrade around Suzuka time. It's quite unusual for a team to come up with such a huge change so late in the season.

"So the concentration was right until the last race in Brazil. You could say that, from that point on, it's been 100 per cent focus on the new car for us."