The team has been working hard on a major development package for the Spanish GP. 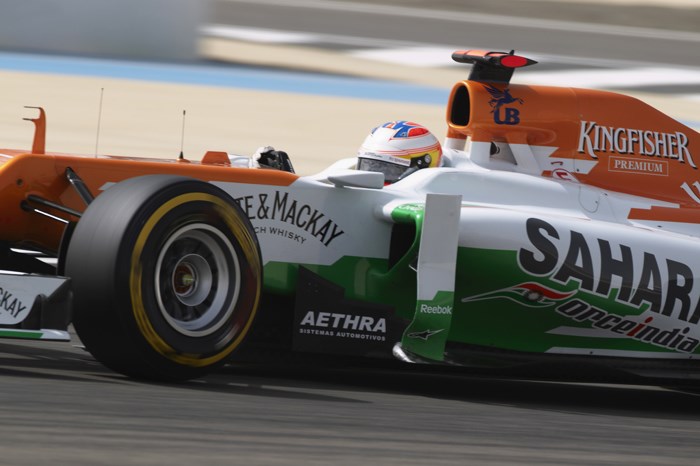 Force India is still hopeful that it will be able to run its new upgrade package at Mugello next week, even though the parts are unlikely to be ready for the start of the test.

The team has been working hard on a major development package for the Spanish Grand Prix, as it bids to lift its performance.

Deputy team principal Bob Fernley is unsure yet just when the new parts will be ready to run - but says the priority is they are on the car for Barcelona rather than being rushed through for next week.

"The developments are quite important, but the main thing is to run them in Spain," he said. "Hopefully we can get some running of them in Mugello, but it depends on how everything flows through.

"Mostly the parts are there: we have cleared about 85% but we need it at 100% - so we are close. Hopefully we can run it for one day, or one-and-a-half days at Mugello, and if it correlates on track to what we have in the wind tunnel then it will be a good car."

With most teams expected to bring developments for the start of the European season, Fernley is well aware that any improvements in track time that the updates bring may not necessarily deliver a step forward in position.

However, with the field being so competitive this year, any gain made over the opposition could be significant in terms of helping drivers Paul di Resta and Nico Hulkenberg deliver more points-scoring finishes.

"We have some wonderful people around us who are trying to do the same thing and improve their cars," said Fernley. "If we stay where we are, or they get a little upgrade and we get a big one, I'm not so sure yet. But even two tenths relative to the opposition nowadays is going to be massive."

Test driver Jules Bianchi will kick off Force India's test on Tuesday, with di Resta and Hulkenberg running one day each.