The squad will continue using the German firm's engine, tranmission and KERS systems after new regulations come in force in 2014. 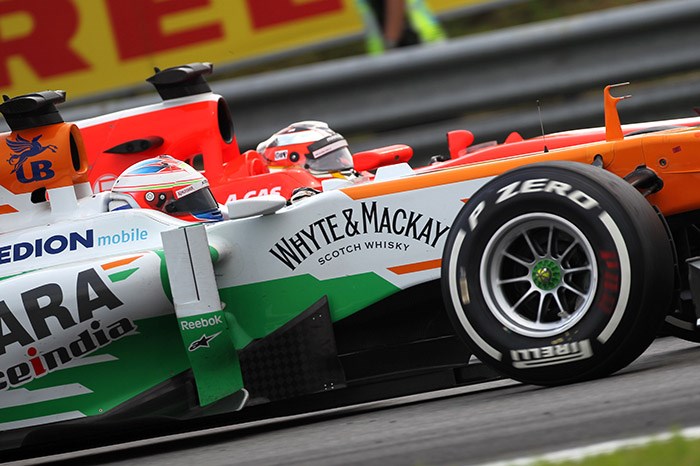 Force India has extended its agreement with Mercedes-Benz to use the German firm's engines from the 2014 Formula 1 season onwards.

The new deal means Mercedes will supply Force India with power units and KERS under the new regulations that will come into play from next year, when turbo engines will return to F1.

The Silverstone-based squad and Mercedes had joined forces at the start of the 2009 season.

Force India said the expansion of the agreement will include the supply of the gearbox and hydraulic systems.

"Our new agreement with Mercedes-Benz for the coming years is the most significant in the history of Force India," said team boss Vijay Mallya.

"With new powertrain regulations being introduced next year, I can't think of a better partner to work with as F1 enters a new and exciting era.

"The agreement gives us the long-term stability we require and will enable us to continue our journey towards the front of the F1 grid."

Mercedes boss Toto Wolff added, "It is a significant milestone to announce our first long-term agreement for powertrain supply under the 2014 regulations.

"Force India was our first genuine customer in F1 back in 2009 and we are delighted to enter an expanded, long-term relationship with them from 2014 onwards.

"This long-term agreement offers excellent value in terms of the balance between price and performance.

"We hope it will mean Mercedes-Benz and Force India working together for the entire life cycle of the new powertrain generation."