Comes as a reaction to Force India members being involved in an incident on Wednesday night, when a Molotov cocktail exploded close to their hire car. 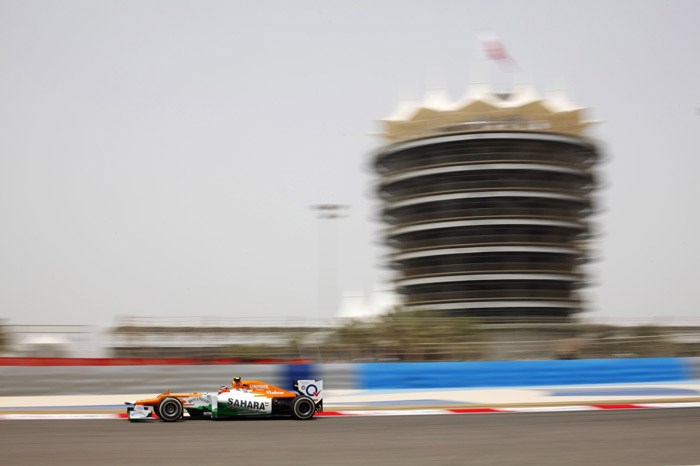 Force India has confirmed that it is considering pulling out of second practice for the Bahrain GP, or running a limited programme, on safety grounds.

Deputy team principal Bob Fernley said that withdrawing from Friday afternoon's session was being discussed, but that Force India would definitely participate in qualifying and the race.

"We are just going to look at the programme of what we are going to do now but will look at it for very limited running for FP2," he said.

"We may not run, we may do half a session - whatever it is. We did a lot of work this morning as you saw, we did a lot of our work early on so we have data we need now, so we can afford if necessary to miss out FP2."

Its cars were the only ones to undertake a soft tyre run in first practice, and were third and sixth fastest.

Force India members were involved in an incident with protestors on Wednesday night, with a Molotov cocktail exploding close to their hire car.

"We are absolutely committed to racing here," said Fernley. "What we are doing is a slight rescheduling to meet the requirements that we need to do – and that will take place. But we will be there for qualifying and there for the race."

He added: "We are looking at it from the point of view of ensuring the well being of everybody and the comfort of everybody is in place. And that is the key objective for us.

"We have had issues as you all know with things, and we have to make sure that the crew are comfortable in the environment and that is what we are working on. But the crew are totally committed to delivering qualifying and the race – and if it means a limited or no FP2 in order to achieve that, that is the decision we will have to take.

He said Formula One Management was 'keen' for Force India to take part in the race.

"FOM is keen for us to participate in all events, but the most important thing is the race. And that is where we will be and that will be the window we are looking at," he added.