FMSCI Women in Motorsport commission looking beyond just the racetrack

Along with budding racers, the commission is also working towards more female representation behind the scenes in motorsport. 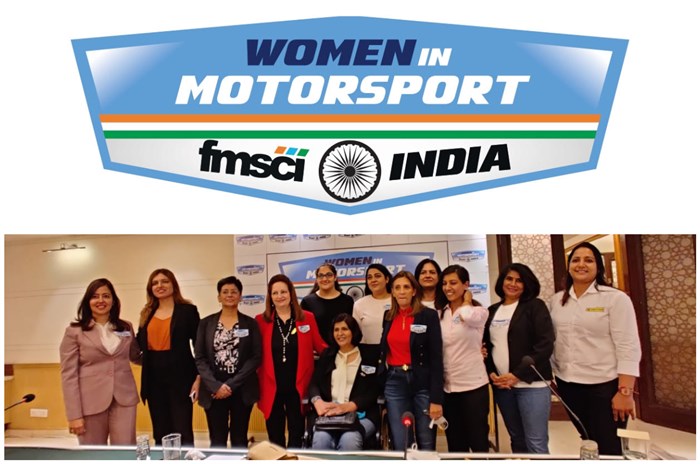 As the commission puts it, the aim is to “engage, empower, educate and support all women who want to compete.”

Focusing on all areas

Over the past few years, we’ve seen quite a few women make headlines in the motorsport world. Aishwarya Pissay won the Bajas World Cup title in the women’s category in 2019, and Ashi Hanspal was shortlisted for the FIA Girls on Track programme in 2020, to name a few.

But the commission’s work isn’t just focused on the track. After all, motorsport has a plethora of career opportunities on offer. Beginning at the grassroots level, it has been encouraging more women to pursue careers in motorsport by providing guidelines, training and certification in various areas.

In 2021, Dr Sweety Purushotham was selected, trained and certified by the FIA as a chief medical officer. India’s first deputy clerk of the course, Divya Miglani, also received Circuit Race director training from the FIA.

In fact, as circuit activity came to a halt during the pandemic, the WIM focused on training and instituting a welfare policy and sustainability programme. Multiple webinars were held with experts to educate women on how they could train to be a racing volunteer or official, pursue a career in motorsport journalism and more.

Speaking at the event, Deepa Malik also announced that she will be part of an all-women team in the upcoming Nazir Hoosein Memorial Drive. Slated to begin on November 8, the rally will retrace the route of the 1981 Himalayan Rally to pay tribute to Indian motorsport legend, Nazir Hoosein.

Malik’s involvement with the WIM will also see the commission invite individuals with disabilities to train as marshals and volunteers. Commenting on her involvement, she said, “I wanted to join this initiative to change this perception about women and particularly about women with disabilities. I hope this initiative will encourage more and more career options for women in motorsport. There are a lot of people who think that women cannot take up a career in racing or rallies and this step is aimed at changing such perceptions.”