FIA will tweak DRS zone length for different circuits based on 2011 experience. 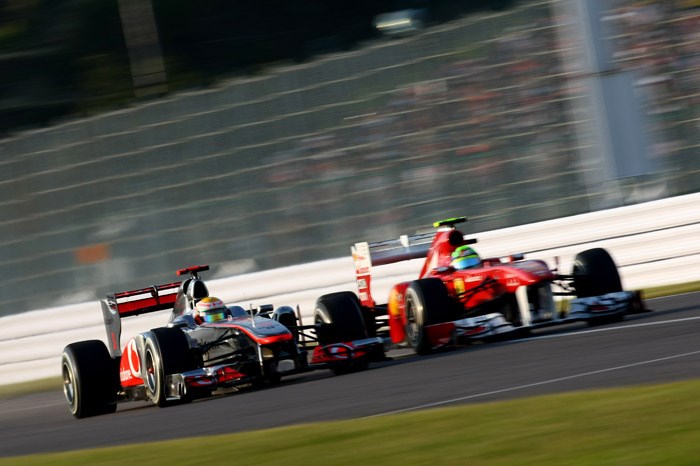 Even though Formula 1's DRS rules will remain unchanged in 2012 but the FIA plans to tweak the overtaking zones on the back of the experience of last year.

The Drag Reduction System was introduced at the start of 2011 as a means of helping overtaking - with drivers allowed to use the straightline speed boost at designated spots on the track if they get within one second of the car ahead of them at a set point.

Although critics believed the concept made overtaking too easy, DRS was widely praised as having helped improve the spectacle of F1.

Sources have revealed that the FIA, having looked closely at its implementation in 2011, is happy for the DRS rules to remain the same for the season ahead - despite planning to alter some of the overtaking zones.

It is understood that zones will be extended at those venues where it was felt overtaking was too hard, while they will be shortened at those where it was deemed that passing was made too easy.

Although the final lengths of the DRS zones have not yet been finalised, it is understood that among the changes that will be made in 2012 will be the introduction of a second DRS zone at the Australian Grand Prix.

There will also be the removal of a second zone in Canada and Valencia, while the lengths of some other zones - including the remaining one in Valencia, which will be lengthened - will be changed.

Mercedes GP driver Nico Rosberg said that DRS had been a success - but minor changes to the lengths of some of the zones would be a positive.

"DRS is a great thing," he said. "In the end, who cares why we are overtaking? They [the FIA] just have to make sure that they optimise it, and that we don't have too many times where one guy just drives past the guy in front, and gets 50 metres ahead by the end of the straight. That is a bit silly then.

"But as long as it is optimised, which will come with experience, then maybe there can be some new ideas about it and how to do it a little bit better. Then that is a good thing.

"It is better for it to be too difficult than too easy. If it is too difficult then at least the pressure is there – like in Barcelona [last year] when it was still exciting with Lewis [Hamilton] and Sebastian [Vettel]."