The German Grand Prix has once again been dropped from the schedule; Baku’s street race moved back one week to avoid Le Mans clash. 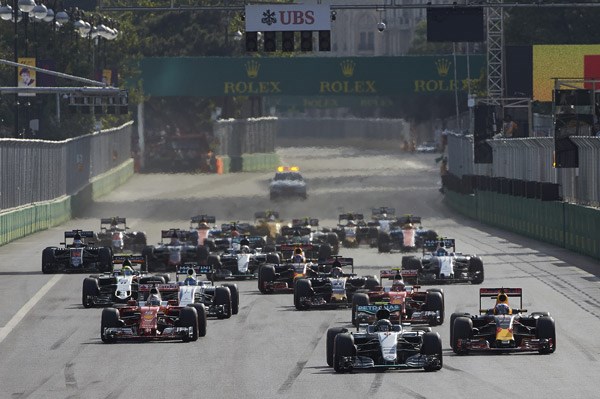 The new calendar confirms that the German Grand Prix has been dropped from the schedule again after talks between Hockenheim promoters and Formula 1 boss Bernie Ecclestone broke down. Another major change to the provisional calendar first issued in September includes Baku's street race being moved back one week to June 25, avoiding a repeat of 2016's clash with the Le Mans 24 Hours.

It also eliminates the logistical nightmare and big time zone shift the teams encountered when it followed the Canadian GP in back-to-back events this year. The British GP now moves to one week later in July, leading to a clash with Formula E's New York race and the Wimbledon tennis singles finals.

Singapore was initially pencilled in to run back to back with Japan, but it has now swapped back with Malaysia to run as a standalone race in mid-September. Meanwhile, the plan to pair Mexico and Brazil has also been abandoned, with the United States Grand Prix being twinned with the former and Brazil being a standalone, as was the case this season. The Brazilian Grand Prix at Interlagos loses its ‘subject to confirmation’ tag, officially securing its place on the 2017 calendar.

There are five back-to-back races, compared to seven on the previous draft. As previously announced, the season will start in Australia on March 26 and conclude in Abu Dhabi on November 26.