Restrictions come in under effect immediately in the aftermath of the Webber pitlane incident at German GP. 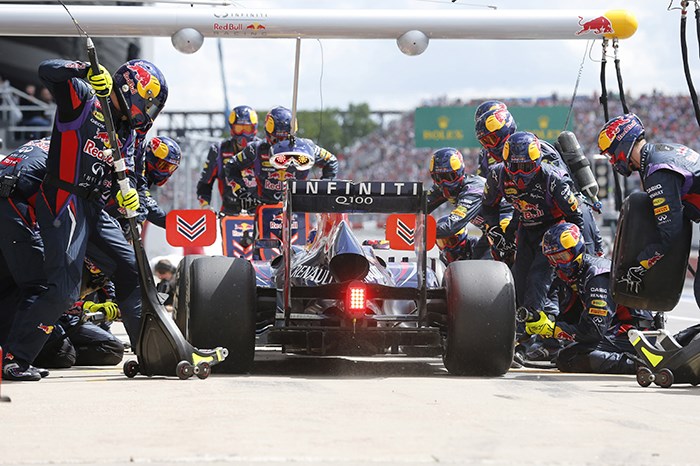 Formula 1's ruling body, the FIA, has announced an immediate ban on anyone other than marshals and team personnel in the pitlane during qualifying and races following the incident during the German Grand Prix.

Formula One Management cameraman Paul Allen suffered broken ribs, a broken collarbone and concussion after he was hit by a loose tyre from Mark Webber's car which fell off following a botched pitstop. He is expected to make a full recovery.

As well as the new personnel restrictions, with the only exception being approved members of the media allowed on the pit wall, the FIA is also fast-tracking a reduction in pitlane speed limits and the mandatory wearing of helmets for team members involved in pitstops.

A statement issued by the FIA said that its president Jean Todt had requested the World Motor Sport Council approve the changes, which had already been planned for 2014, immediately.

The pitlane speed limit will be reduced from 100km/h to 80km/h, except in Australia, Monaco and Singapore, where it will be 60km/h.

Furthermore the speed limit may be amended by the stewards if the safety delegate recommends it.

The FIA said it is also expecting a written report from Red Bull about the causes of the pitlane incident to be submitted on Wednesday. The details of this will be shared with other teams in order to help improve safety.