Ferrari sure Massa has turned the corner

Sixth place is not what he is racing in F1 for, but on the back of his troubles earlier it was a positive weekend, says Massa. 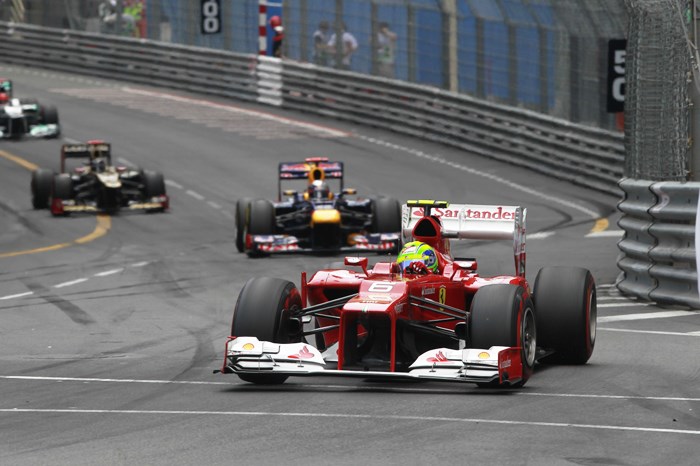 Felipe Massa has turned the corner on his so-far troubled campaign with his performance in Monaco, according to Ferrari team principal Stefano Domenicali.

The Italian team had not hidden away from the fact in the build-up to the Monaco race that Massa needed to raise his game amid questions over his future.

Speaking about Massa's form, on the back of his sixth place finish in the train of cars behind race winner Mark Webber, Domenicali said: "I think that he did a great weekend. It was the weekend that he deserved, after a lot of weeks of big pressures.

"I am sure this will be the turning point of his season. It was a great boost for him to perform in a difficult moment. It is something we need for the Constructors' Championship, so I am expecting a good Felipe up until the end [of the season].

"He did a great qualifying, and you always can say it could have been better in Q3, but we need to look at it from different angles. He did a great race and he was a bit unlucky because he could have got out in front of Lewis for a fraction. But he was there in the first six cars that were very close, so that is for me the best point."

Massa said that sixth place is not what he is racing in F1 for, but on the back of his troubles earlier in the campaign it was a positive weekend.

"It was a good race," said the Brazilian. "It's always a difficult race, and I think this was a race where everything went okay.

"There was good pace and to finish with good points at the end, even if it was sixth - not a position that gives you a lot of happiness - with what had happened up to now was good. I would say everything worked in a good direction during the weekend."