Ferrari: Schumi can be champion

Stefano Domenicali feels that Michael can still be a champion. 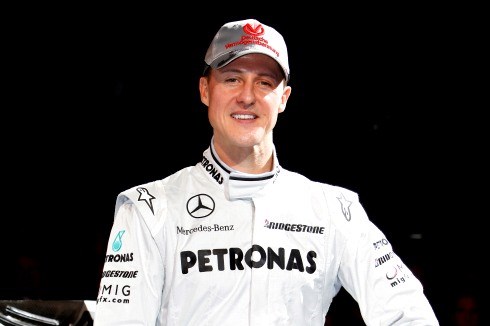 Ferrari team principal Stefano Domenicali believes Michael Schumacher will fight for the title this season, despite the German's three-year break from competition.

Domenicali thinks Schumacher’s age and fitness will not be an issue and pointed to the fact that Ferrari was prepared to let the seven-time world champion race for the team last season.

“We can't forget we wanted him to be Felipe Massa's replacement last season,” Domenicali said. “He will be one of our rivals, just like Mercedes, and Rosberg, McLaren, with two great drivers, and Red Bull. The title will be fought between ourselves and another three teams.

"Michael is ready to fight for the title. He is a great champion and a great driver, and if he has chosen to come back it's because he knows he will have a competitive car, and he too will be, surely.”

Schumacher will line up alongside Nico Rosberg at Mercedes this year and team principal Ross Brawn has played down concerns that Rosberg will be a peripheral figure at the team.

“We see Nico as a great talent, but it needs finishing and maturing,” Brawn told the official Formula One website. “He has not won a race yet, although he came very close, and I think it is a wonderful partnership between him and Michael. They work well together and I see Michael helping Nico develop his career.

"Michael has come out of retirement but we have to accept that there will come a day when he has to stop forever and then we will have Nico.

"They must both try the hardest to beat each other but if it is done with the right spirit, with the right approach, then both will gain enormously. I view it as a very exciting partnership and I am glad Nico is part of it."