Ferrari has announced a restructuring of its race engineering operations in a bid to ensure there is no repeat of the kind of tactical error that cost it the world championship in Abu Dhabi last year. 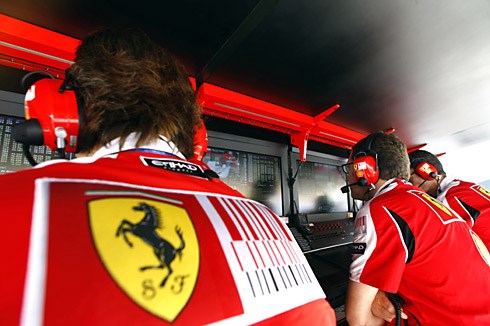 Ferrari has announced a restructuring of its race engineering operations in a bid to ensure there is no repeat of the kind of tactical error that cost it the world title in Abu Dhabi last year.

After team principal Stefano Domenicali hinted about changes being made to the team's structure, the Maranello-based outfit announced on Tuesday night that there would be a reshuffling of staff ahead of the 2011 campaign.

The biggest change comes with former McLaren engineer Pat Fry replacing Chris Dyer as head of race track engineering with immediate effect. Dyer's new role at the team will be resolved in the next few days.

Ferrari has also confirmed the signing of former Red Bull Racing and McLaren member Neil Martin, who heads up the new Operations Research department. He will report directly to technical director Aldo Costa.

The team hopes the evolution of its structure, rather than a massive overhaul in the wake of the Abu Dhabi error, will serve it best as it chases more title glory this year.

Domenicali said in an interview with La Repubblica that it was important there was not an over-reaction to the Abu Dhabi incident - but knew it was vital the team learned its lesson.

"The mistake was, in terms of magnitude, huge - and it produced devastating effects. But in a normal race it would have been a normal error," he said.

"So you must not jettison everything, even the good things, because of that mistake. We will change things and officially announce things in the coming hours - and we will make sure that those who make delicate decisions are able to have all the tools they need not to be wrong again."

He added: "I will personally try to help the team from a psychological point of view as well, because the hardest penalty in a shoot-out is the one coming after you missed one."