FE: Mahindra on the podium after maiden pole position

Swede Felix Rosenqvist, in just his second Formula E race, finished third after leading the race from pole for an impressive 27 laps. 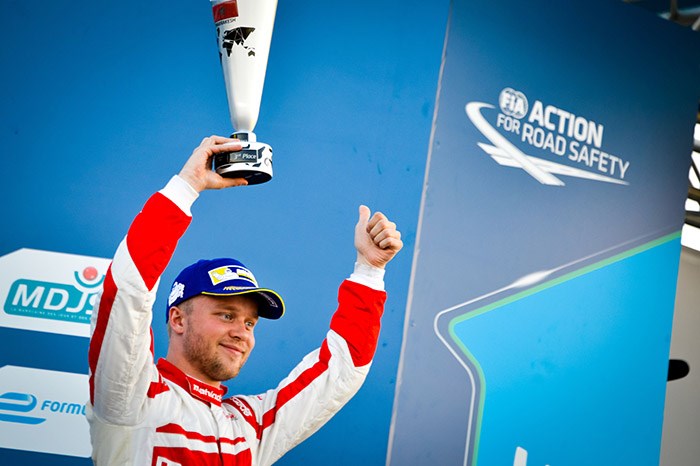 Mahindra Racing collected a second consecutive podium after having scored its first ever pole position for the inaugural Marrakesh ePrix, the round two of the 2016-17 FIA Formula E Championship.

Swede Felix Rosenqvist, in just his second Formula E race, finished third during the series’ visit to Africa after leading the race from pole for an impressive 27 laps. The 2.971km semi-permanent street circuit, the longest in Formula E history, put pressure on energy management for the entire field.

Rosenqvist’s pole lap was the first ever (in Formula E) for Mahindra Racing and further underlines the team’s all new season three powertrain development for the M3Electro. The 25-year-old lies fourth in the Drivers’ Championship on 19 points.

In the number 23 cars, the team’s German driver Nick Heidfeld, who claimed a podium in the season opener in Hong Kong, qualified in 11th position. Some early jostling from the race start hampered his advancement through the field but he ultimately recovered to ninth place.

The combined drivers’ results have elevated Mahindra Racing to joint second in the Teams’ Championship. One of the final ‘firsts’ for the team, a race win, will have to wait until 2017 when the FIA Formula E Championship continues with the Buenos Aires ePrix on February 18.