The crash occurred on at the Macau Grand Prix on Sunday; two photographers and a marshal were also taken to hospital with injuries. 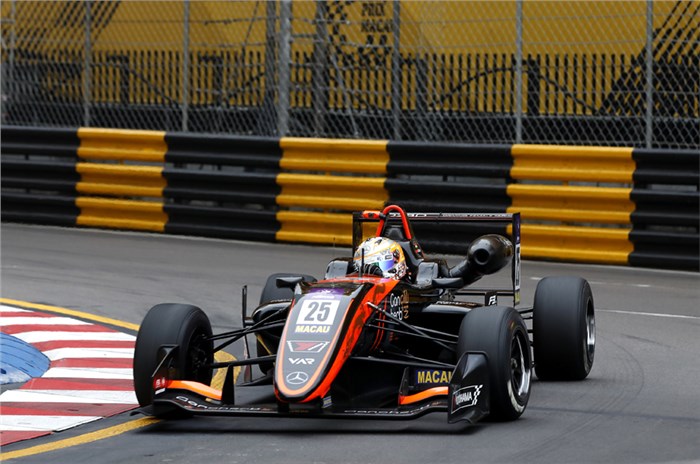 Formula 3 racer Sophia Floersch suffered a spinal fracture after a horrific crash in Sunday’s Macau Grand Prix. The 17-year-old, driving for Van Amersfoot Racing, careened out of control after contact with Carlin’s Jehan Daruvala on the run up to the Lisboa corner.

The German’s car skittered over the corner’s inside kerb, colliding with Japanese Sho Tsuboi, with the impact launching her over the catch fencing at high speed and into a photographer’s bunker.

“Just wanted to let everybody know that I am fine but will be going into surgery tomorrow morning,” Floersch tweeted from hospital on Sunday. “Thanks to the @fia, @hwaag_official and @MercedesAMGF1 who are taking great care of me. Thanks to everybody for the supporting messages. Update soon.”

The latest update on Monday tweeted from the Floersch’s account said she was in surgery.

“Current interim information: The medical team is deliberately working slowly to avoid risks,” the message, written in German, said. “The previous surgical course is good and without complications. The surgery that began this morning continues.”

Two photographers and a marshal were also taken to hospital with injuries suffered in the accident.

Floersch was recorded as travelling at over 275 kilometers per hour through the speed trap just before the Lisboa corner.

Jean Todt, president of motorsports governing body the International Automobile Federation (FIA), said the organisation would investigate the incident. “After the serious incident today in Macau the FIA is mobilized to help those involved and analyze what happened,” Todt tweeted. “We will monitor the situation and make the necessary conclusions.”