F1: Webber glad to retire before he fades

The Australian's grand prix career comes to an end in Brazil this weekend after 12 seasons of racing in F1. 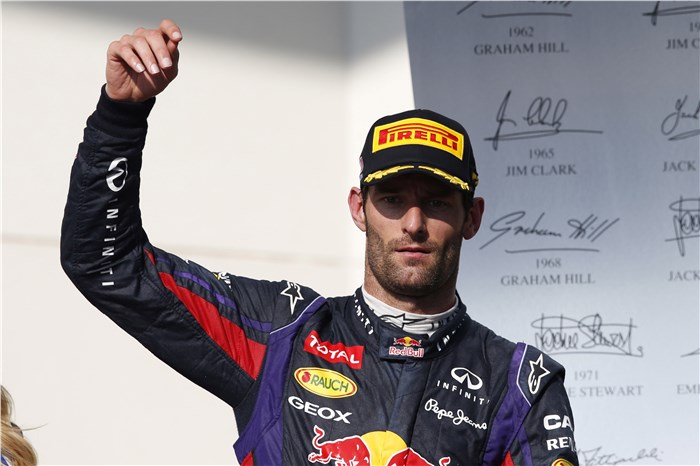 Mark Webber said it was important to him that he retired from Formula 1 before his performance level began to slip.

The Australian's grand prix comes to an end in Brazil this weekend after 12 seasons of racing in F1.

Webber will then join Porsche for its new Le Mans 24 Hours and World Endurance Championship programme next year.

"I'm on a little bit of a slippery slope now," said Webber.

"You've to be careful not to test it too much in terms of your performance and what you used to be able to do.

He doubts the reality of his F1 farewell would sink in before race day at Interlagos.

"I think on Sunday it'll be a little bit different but it still feels like a normal race at the moment," Webber said.

"Getting out of the car on Sunday there will be a few things that will be for the last time in terms of Formula 1, but I'm pretty relaxed and looking forward to the race."

While Webber remains confident that he is ready to leave F1, he acknowledged that there would be aspects he would miss.

"I wouldn't be leaving if there weren't things I was happy to leave behind," he said. "If there were more positives than negatives, then I would stay.

"I still think there are certain situations in Formula 1 that are super-rewarding.

"Obviously driving the car on the limit at certain venues is still very satisfying, no question about it. Suzuka, Spa, Monte Carlo, come qualifying and even racing at some circuits it's very challenging and rewarding so I'll miss some of that.

"It's inevitable that you're going to miss certain parts. The adrenaline and working with people like Adrian Newey, you don't get to do that very often.

"But there comes a time when you've got to let go. I'll still have good adrenaline next year with Porsche and that'll be a good balance."