Pole-sitter Raikkonen led the opening part of the race, but Vettel stayed out five laps longer before his pitstop, and rejoined ahead of his teammate. 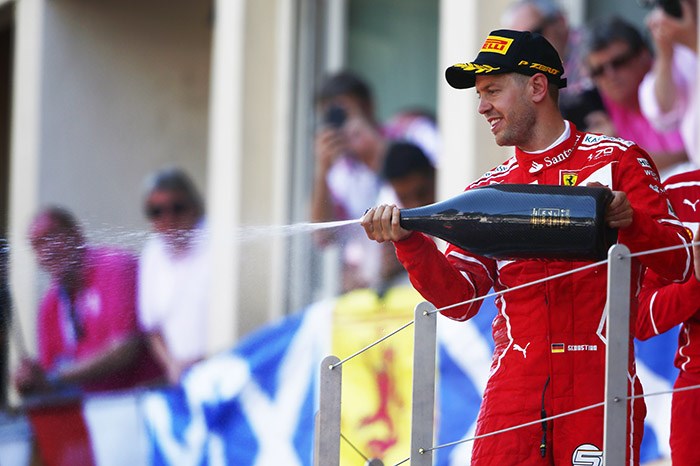 A late safety-car period meant a frantic final 10 laps, but at the front the race was decided largely by strategy. A longer first stint for Vettel enabled him to get ahead of polesitter and early leader Raikkonen as he emerged in front of the Finn following their first and only pit stops. It was Ferrari’s first win in the Principality since 2001.

Ricciardo similarly made use of the ‘overcut’ to pass Mercedes’ Valtteri Bottas and his less-than-impressed Red Bull team mate Max Verstappen, who duly took the chequered flag in fourth and fifth respectively.

Toro Rosso were ‘best of the rest’ with Carlos Sainz in sixth, as Hamilton behind him climbed from 13th on the grid. Completing the top ten were Haas’s Romain Grosjean and Kevin Magnussen, separated by the Williams of Felipe Massa.

The most dramatic moment of the race came on Lap 60 when an ambitious passing attempt from McLaren’s Jenson Button on Sauber’s Pascal Wehrlein went awry, leaving the latter’s car on its side against the Portier barriers, its mercifully unharmed driver unable to escape his cockpit until help arrived.

As the safety car emerged, Button got as far as the chicane before suspension damage forced him to halt his one-race comeback. Sauber’s Grand Prix then turned into a double DNF before racing had even resumed, when Marcus Ericsson nosed his car slowly into the barriers at Ste Devote.

When racing did resume on Lap 67, McLaren’s Stoffel Vandoorne made the same mistake on the restart, ending what had looked like a strong chance of his and the team’s first points of the year.

There were three other retirements: Toro Rosso’s Daniil Kvyat, victim of a late clash with Force India’s Sergio Perez, Lance Stroll who pulled into the Williams garage late on, and early faller Nico Hulkenberg with a Renault gearbox issue.