Hamilton ended up at the top of the timesheets in practice one, while Rosberg led the way in the second session. 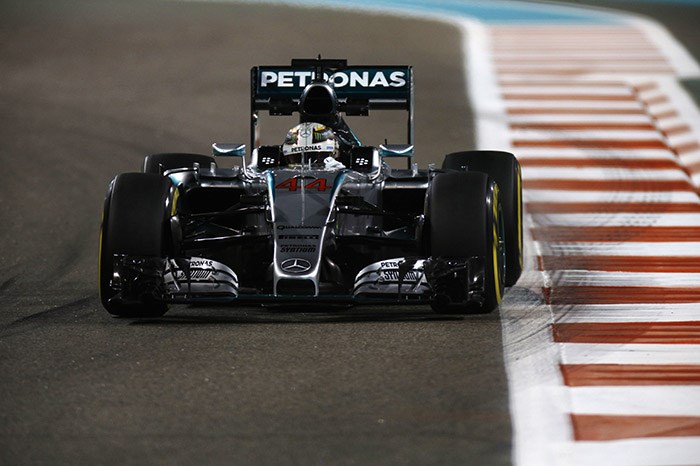 n-form Mercedes driver Nico Rosberg returned to the top of the timesheet in second practice for the final Formula 1 grand prix of the season in Abu Dhabi.

Rosberg's three-time champion team-mate Lewis Hamilton had led the way come the conclusion to the initial 90-minute session at the Yas Marina circuit by 0.141 seconds over Rosberg.

Following the opening stint on the softs in practice two, Hamilton again held sway over Rosberg, but come the switch to Pirelli's super-softs, the German managed to turn the tables.

Rosberg, who has claimed the last five straight poles and won the last two grands prix, posted the only sub 1m42s lap of the day.

The 30-year-old finished with a time of 1m41.983s, 0.138s clear of Hamilton, the Briton then half-a-second ahead of surprise frontrunner Sergio Perez's Force India.

The Mexican's session finished 20 minutes early, however, due to a brake issue.

After deciding to ditch the upgraded Renault engine tested by Daniel Ricciardo over the course of the last race in Brazil and revert back to an old spec, Red Bull put up a strong showing.

Ricciardo finished fourth quickest, 0.664s behind Rosberg and just a fraction down on Perez, with team-mate Daniil Kvyat a further 0.151s adrift in sixth.

Force India's Nico Hulkenberg and Fernando Alonso in his McLaren both finished within a second of Rosberg in eighth and ninth.

Pastor Maldonado completed the top 10, albeit half a second adrift of Alonso, and 1.448s behind Rosberg, but another half a second up on his team-mate Romain Grosjean.

Williams's Valtteri Bottas and Felipe Massa could only manage 11th and 12th, the duo finishing marginally behind Maldonado.

Toro Rosso pair Max Verstappen and Carlos Sainz Jr also find themselves low on the pecking order in 13th and 14th, with McLaren's Jenson Button two seconds down in 16th, just over a second off Alonso.

As per usual, Manor occupied the bottom two positions. Will Stevens headed returnee team-mate Roberto Merhi by over half a second, albeit with the Briton 4.467s behind Rosberg.