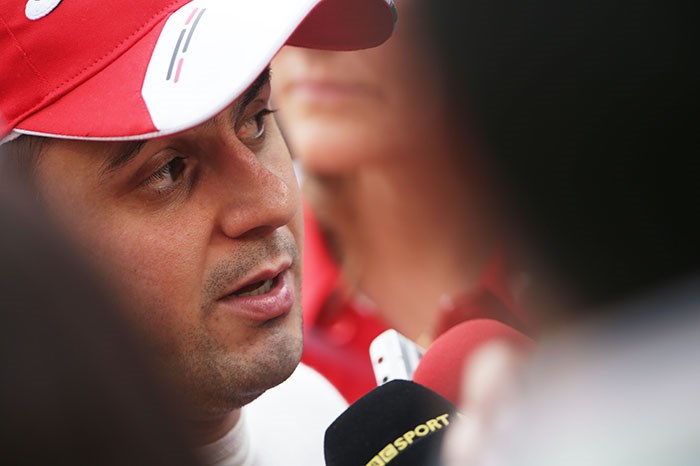 Felipe Massa will race for the Williams Formula 1 team next year alongside Valtteri Bottas, the British squad has confirmed.

The announcement also seals Pastor Maldonado's departure, suggesting the ending of the team's sponsorship deal with Venezuelan oil giant PDVSA is now complete even though the team refused to comment on the situation.

Massa became available for 2014 after Ferrari decided to replace him with Kimi Raikkonen, and team principal Frank Williams revealed the Brazilian's experience was a key factor in the decision to sign him on what is described as a "multi-year" deal.

"We are delighted to be able to confirm our 2014 driver line-up and welcome Felipe into the Williams family," he said.

"He is an exceptional talent and a real fighter on the race track; he also brings a wealth of experience as we begin a new chapter in our story."

Massa described racing for Williams as a dream and cited the link between the two countries established by the fact that so many Brazilians have raced for it in the past.

The 32-year-old will be the sixth Brazilian to race for the team after Ayrton and Bruno Senna, Nelson Piquet, Rubens Barrichello and Antonio Pizzonia.

"Williams is one of the most successful and important teams of all time in Formula 1," said Massa.

"When I was a kid, I always dreamed about racing for Williams, Ferrari or McLaren and I'm glad to be signing with another icon of the sport following my time at Ferrari.

"It's also nice to remember that some of the best Brazilian drivers raced for Williams and cemented a strong national link with the team.

"With such a major change of regulations in 2014, I hope my experience will be useful in helping the team in its effort to move on from a difficult period.

"Since my early days in motor-racing, I don't remember seeing so many new rules in a single season and I'm fully prepared to work with everyone at Grove to make sure we find the right direction.

"I'm highly-motivated to start working hard from the very beginning in what is an exciting new challenge in my career."

Deputy team principal Claire Williams believes the signing of Massa will be key to re-establishing the team as a regular at the front of the grid.

"Felipe has demonstrated his talent and speed over the years, as well as his ability to help motivate and drive a team to championship success, and we are extremely pleased that he will be joining us as we embark on our 2014 campaign," she said.

"This announcement is a key step towards our goal of returning Williams to the front of the grid, and part of our ongoing plans to ensure we are stronger in 2014 and beyond.

"The stability of having both our drivers on multi-year contracts, Mercedes-Benz as our engine partner and a strong commercial base all contribute to the future success of the Williams F1 team."