The Brazilian clocked a 2m00.458s on the full wet tyres at the Sochi Autodrom as rain fell throughout the session. 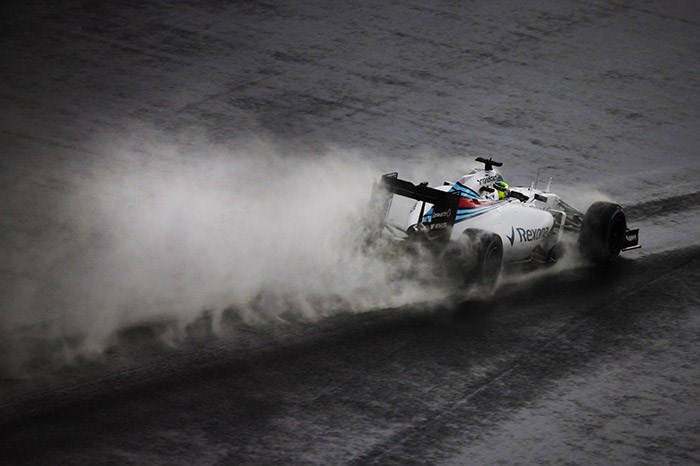 Williams Formula 1 driver Felipe Massa set the pace in a rain-hit second practice for the Russian Grand Prix, as only eight drivers set a time.

The Brazilian clocked a 2m00.458s on the full wet tyres at the Sochi Autodrom as rain fell throughout the session.

Drivers bemoaned the slippery conditions, with several getting caught out by the large amounts of standing water on the track.

It compounded a frustrating day for the pitlane as a "significant diesel spillage" disrupted the start of first practice.

As a result, teams will have to complete a packed-programme in final practice on Saturday to make up for lost time.

Ferrari's Sebastian Vettel was second quickest, ahead of the second Williams of Valtteri Botta, both setting their best laps late on.

Toro Rosso driver Max Verstappen, who was told he couldn't do a flying lap towards the end of the session because the team needed to save tyres as a precaution for Sunday's race, was fourth.

Fernando Alonso was fifth, completing 12 laps, but his session ended slightly early when McLaren instructed him to return to the pits having discovered a problem with his car.

Daniil Kvyat, Carlos Sainz Jr and Jenson Button were the other drivers who set a time.

Six drivers, including world champion Lewis Hamilton, ventured out but did not complete a timed lap while a further six chose to not leave the garage at all.