In case the weather does not improve by Sunday morning, the starting grid will be determined by the FP2 results. 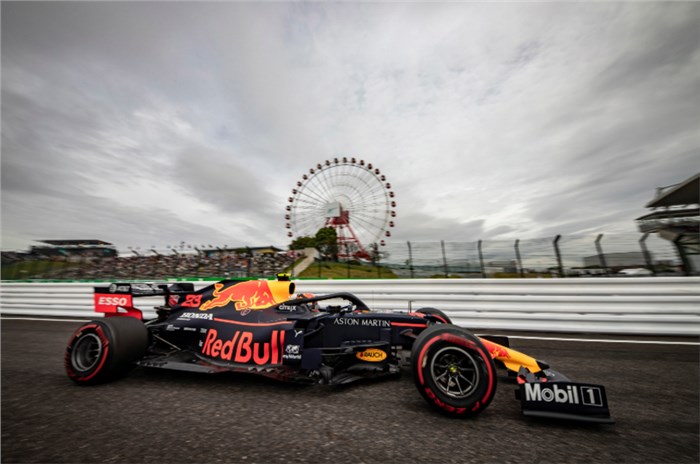 The threat of Typhoon Hagibis has been looming over the 2019 Japanese GP and now the Federation Internationale de l’Automobile (FIA) has confirmed that all track action at Suzuka for Saturday (October 12, 2019) has been cancelled since weather reports predict the typhoon will pass by the circuit on that day. As a result, the qualifying session has now been moved to Sunday morning at 10am, local time (6.30am IST).

Due to the change in schedule, the third and final Free Practice session (FP3) has been cancelled altogether, leaving the teams and drivers with just the two practice sessions, that elapsed earlier today, to perfect their cars’ setups. A statement released by the FIA states, “As a result of the predicted impact of Typhoon Hagibis on the 2019 FIA Formula 1 Japanese Grand Prix, Mobilityland and the Japanese Automobile Federation (JAF) have decided to cancel all activities scheduled to take place on Saturday, 12 October. The FIA and Formula 1 support this decision in the interest of safety for the spectators, competitors, and everyone at the Suzuka Circuit.”

While the weather is expected to clear up by Sunday morning, the FIA has reiterated that the new time table is subject to change. In case track conditions are still not suitable to hold qualifying, the starting grid for the race will be determined by the results of the second Free Practice session (FP2). The session was topped by Mercedes driver Valtteri Bottas, ahead of his teammate Lewis Hamilton and Red Bull’s Max Verstappen.

The Japanese GP qualifying session has been pushed to Sunday due to typhoons on two previous occasions – in 2004 and 2010.