The Silverstone-based squad finished sixth in 2013, with Paul di Resta securing its best finish of fourth in Bahrain. 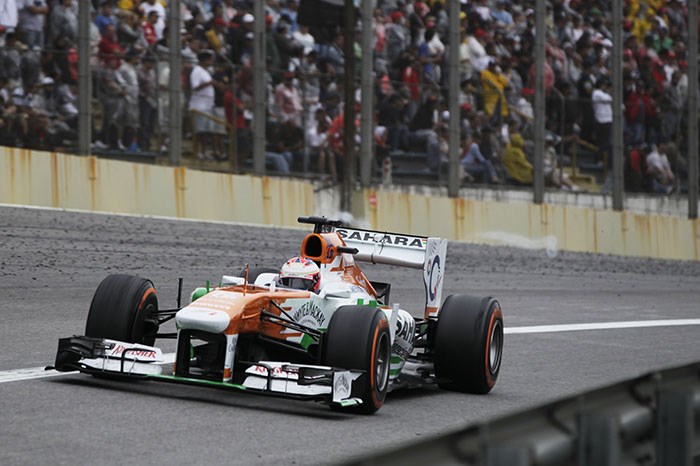 Force India can break into the top five of Formula 1's constructors' championship in 2014, according to deputy team principal Bob Fernley.

The Silverstone-based squad finished sixth in 2013, with Paul di Resta securing its best finish of fourth in Bahrain, and has targeted a position in the top five of the championship for next season.

It will contest the 2014 season with an all-new driver pairing, having signed Nico Hulkenberg and Sergio Perez to replace di Resta and Sauber-bound Adrian Sutil.

Fernley believes engine performance will be the key to next season, and that provided Mercedes is as competitive as expected, Force India will be in a position to move forward.

"It has to be higher next year," Fernley said.

"If we have made the right decision on the powertrain, and we won't know that until we start running, we have got to be looking at podiums and at least fifth place next year. That will be the target.

"Obviously, we were the first [customer] team to sign our engine deal, which has been in place in March and we were probably one of the first teams to switch over to the 2014 design, so we are very optimistic."

Fernley expects the car's aerodynamic performance to be a less significant factor in how competitive teams are.

This is because the new 1.6-litre turbocharged V6 power units will be a bigger part of the performance equation than the previous generation engines were.

"The biggest differentiator will be the power unit, so what you need is a chassis that is going to be of good quality, but I don't think it is going to be as critical on the aero as in recent years.

"That will change as time goes on, but certainly in the first half of next year and possibly all of next year, it's going to be all about the power units.

"There are so many variables with reliability, with ERS [energy recovery systems], with fuel-flow systems.

"If we are in the camp that has got it right, then we are on the right track."

Since Vijay Mallya took control of the ex-Jordan/Midland/Spyker team and rebranded it as Force India for the 2008 season, the Silverstone-based squad has emerged as a competitive midfield outfit.

It has scored just one podium since its debut in the 2008 Australian Grand Prix (pictured), with Giancarlo Fisichella finished second in Belgium the following season.