A report by F1 technical delegate Jo Bauer on Saturday evening said that the "front wing flaps were designed to flex under aerodynamic load." 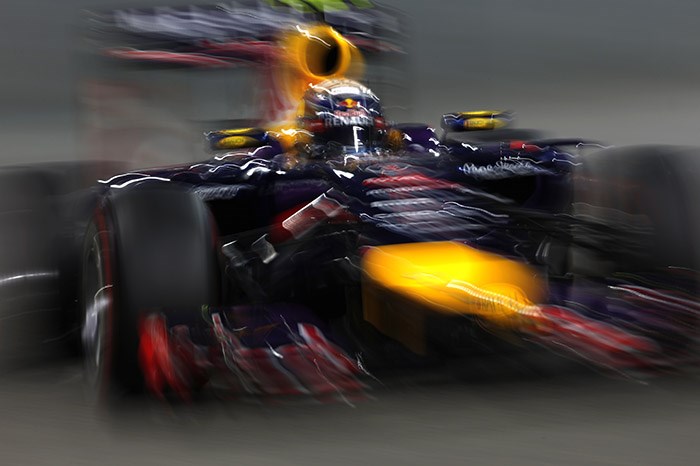 Red Bull's Sebastian Vettel and Daniel Ricciardo have been excluded from qualifying for the Abu Dhabi Grand Prix after their cars were found to be in breach of the regulations.

A report by F1 technical delegate Jo Bauer on Saturday evening said that the "front wing flaps were designed to flex under aerodynamic load."

Following discussions between the stewards and Red Bull representatives, the FIA decided that the cars were illegal.

A statement issued by the stewards said that both Vettel and Ricciardo were excluded from qualifying, but would be allowed to start from the back of the grid.

Ricciardo had qualified fifth, with Vettel just one place behind him.

The long straights of Abu Dhabi, allied to the low speed nature of many of the corners, means that flexible wings would be particularly advantageous around the Yas Marina circuit.

The team said it accepted the decision, but suggested it was not happy with it.

"We have been singled out for a front wing deflection test when it is clear that other teams are interpreting the rules in similar fashion," said Red Bull in a statement.