The decision was taken following Thursday morning's meeting of F1's Strategy Group and will now be ratified by the F1 Commission. 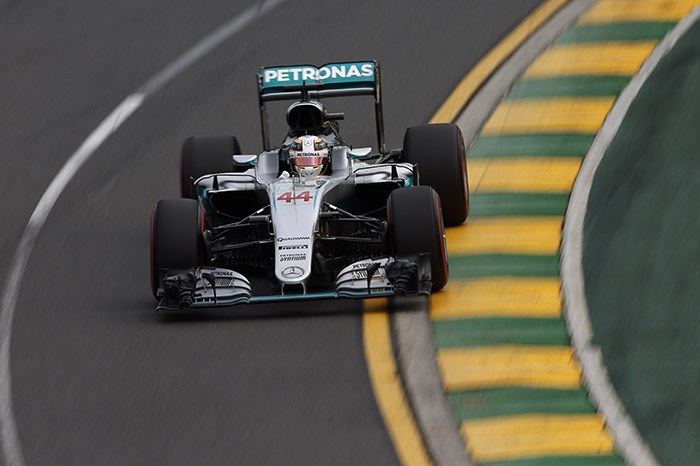 Formula 1 qualifying will remain unaltered for the forthcoming Bahrain Grand Prix, with a further review of the elimination system to follow that race.

The decision was taken following Thursday morning's meeting of F1's Strategy Group and will now be ratified by the F1 Commission - a 26-member group comprising representatives from the teams, the FIA, Formula One Management, race promoters, sponsors and other technical partners.

The belief is rather than taking a knee-jerk reaction, the elimination system that made its debut ahead during the Australian Grand Prix weekend should be given another chance, and then be thoroughly reviewed ahead of making potential tweaks.

"They're going to do what I proposed, which is leave things as they are for this race [in Bahrain]," F1 supremo Bernie Ecclestone told Autosport.

"This was an FIA idea in the first place, so I've said to them we'll support whatever they think is the right thing to do.

"But as nobody knows what the right thing to do is, we've said we'll stay where we are and have a look after this race.

"Then two races in we'll see, as it was a prototype, what was right or wrong.

"The teams didn't understand what they were doing either, which didn't help at all."

A hybrid version of qualifying was on the table as an option for the Commission.

That would have involved Q1 and Q2 continuing under the new format but with minor tweaks, while Q3, deemed a disaster given the lack of action in Melbourne, reverted back to the old set-up in place from 2006.

For the moment that option is on the backburner and could be revisited if the same level of inactivity takes place in Bahrain as occurred in Australia.

The decision comes as a complete volte face to what occurred in Melbourne on Sunday when the team principals voted for an immediate change back to the former system after what had taken place the previous day.

They suggested it would come into immediate effect from Bahrain, but keeping the door ajar for changes to be introduced from 2017 following more in-depth analysis of how, and whether, another scheme would work.

Even Ecclestone suggested the new system was "pretty crap" after watching it on television, while drivers and team bosses almost universally condemned it.

There were those, however, such as Force India deputy team principal Bob Fernley, Pirelli motorsport director Paul Hembery and Williams technical chief Pat Symonds who suggested the knockout format should not be so quickly abandoned.