New rule changes will see 2019 F1 cars with simpler front wings and wider and deeper rear wings, in a bid to increase overtaking. 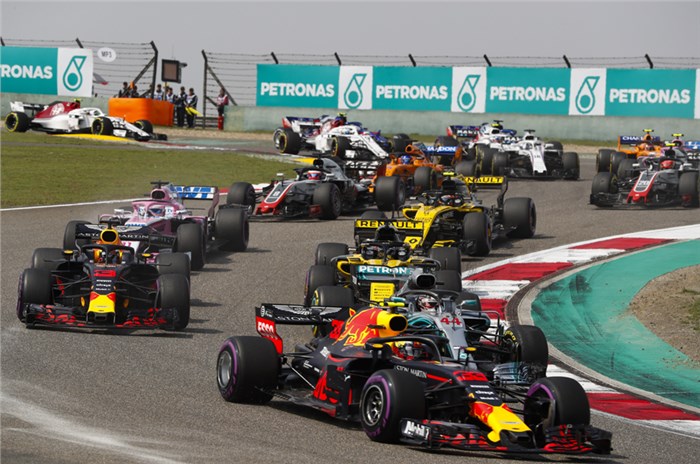 Formula 1 cars are set to sport simpler wings next year as the F1 Commission has voted through some last-minute changes to the 2019 aerodynamic package, in a bid to aid overtaking.

Despite opposition from several teams, a proposal to change front-wing endplates to help cars follow each other, along with a bigger rear wing flap – and therefore a stronger DRS effect – has been passed. An extra package involving bargeboards, however, was not agreed to.

The e-vote took place on April 30, 2018, the last day when technical regulation changes for next season can be passed without unanimity being required. Under F1 Commission rules, a proposal can be pushed through with support from as few of four of the 10 teams if everyone else – the FIA, F1, and sponsor and promoter representatives – are behind it. Even so, several team bosses suggested in Baku there would not be enough support to vote it through, with only Williams publicly in favour.

An FIA statement confirmed that the 2019 regulation changes have been approved by the Strategy Group, the F1 Commission and the World Motor Sport Council. The changes approved by e-vote include a simplified front wing with a larger span, and low outwash potential, simplified front brake duct with no winglets, and a wider and deeper rear wing.

The wing changes proposal was a direct response to the lack of overtaking in the 2018 Australian Grand Prix, which prompted the FIA and Liberty to consider possible improvements for 2019. They were able to draw on some of the research already conducted for the 2021 rules package.

When a meeting of team technical bosses in Bahrain failed to reach a resolution, it was agreed that teams would conduct extra CFD research of their own to try to make progress before the April 30 deadline. The FIA used that research to create a report that informed the vote.

A number of other changes had previously already been confirmed for 2019, including increasing in-race fuel allowance to enable the drivers to race at full power for longer.