Proposed plans will see louder, less expensive engines; drivers to get option to save up energy over several laps. 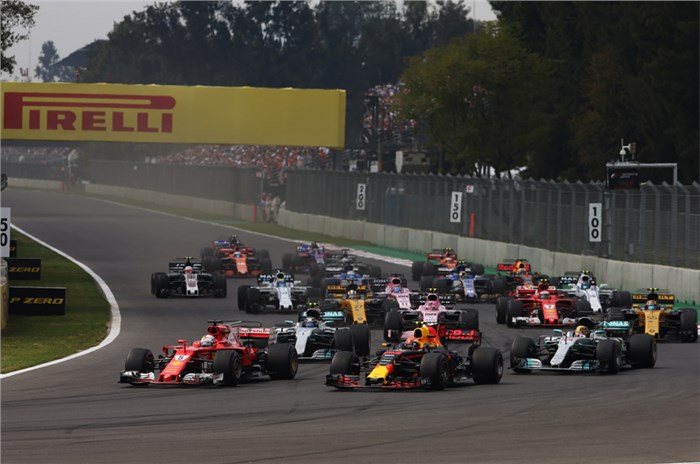 Formula One cars will continue using the current 1.6-litre V1 turbo-hybrid engines from 2021, but with some major changes. The proposal for 2021 will see the current engines running at 3,000rpm higher “to improve the sound.”

In order to try to simplify the internals of the power unit, the MGU-H will be removed, and several prescriptive design parameters will be introduced to "restrict development costs and discourage extreme designs and running conditions". These will include internal and external parameters, with the latter allowing for what the FIA described as "a plug-and-play engine/chassis/transmission swap capability".

A single turbo with dimensional constraints and weight limits will be mandated, while a standard energy store will be introduced alongside control electronics, which have long been standard in F1. The MGU-K will be made more powerful, with a focus on manual driver deployment of the additional power, similar to the way KERS was used when it was first introduced into F1 in 2009.

This feature will also give drivers the option to save up energy over several laps to increase the tactical elements involved in racing.

F1 teams met with the FIA, the commercial rights holder and potential new manufacturers in Paris earlier this week to discuss the objectives for the new engine rules that will be introduced for the 2021 season. Work will continue for another 12 months on the details of the new engine specification, without which, the FIA said, the design and development of the new power units will not be possible. This ensures that F1's existing manufacturers will continue working on their current engines through 2018.

An FIA statement added that “during the remaining part of 2017 and 2018, the FIA and F1 will also work with the teams to establish power unit test and development restrictions as well as other cost containment measures.”

F1 sporting boss Ross Brawn added: “The 2021 power unit is an example of the future way in which the FIA as regulators, F1 as commercial right holders, the teams and the manufacturers as stakeholders, will work together for the common good of the sport.”

“The proposal presented today was the outcome of a series of meetings which took place during 2017 with the current teams and the manufacturers who showed their interest to be part of the pinnacle of motorsport.”

“­­­Also, we've carefully listened to what the fans think about the current power unit and what they would like to see in the near future with the objective to define a set of regulations which will provide a powertrain that is simpler, cheaper and noisier and will create the conditions to facilitate new manufacturers to enter Formula 1 as powertrain suppliers and to reach a more levelled field in the sport.”

Fuel regulations, and potential limits on the number of fuels used, will also be investigated.

A series of meetings will now commence with all interested parties to develop the proposal in what the FIA described as “the spirit of the widest possible cooperation.”