Haas will run a new black and gold livery for the 2019 Formula 1 season. 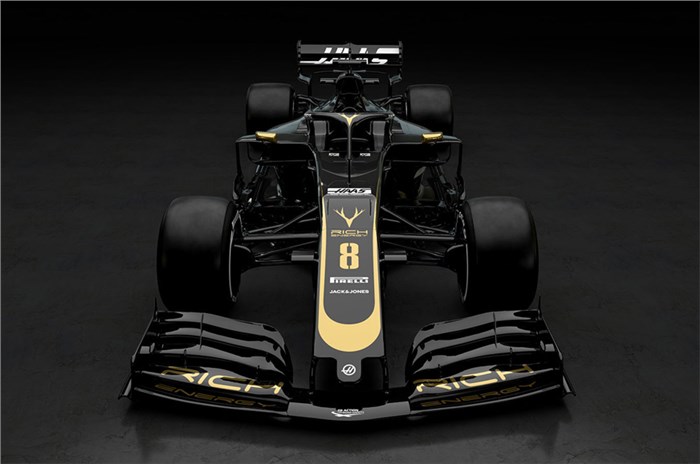 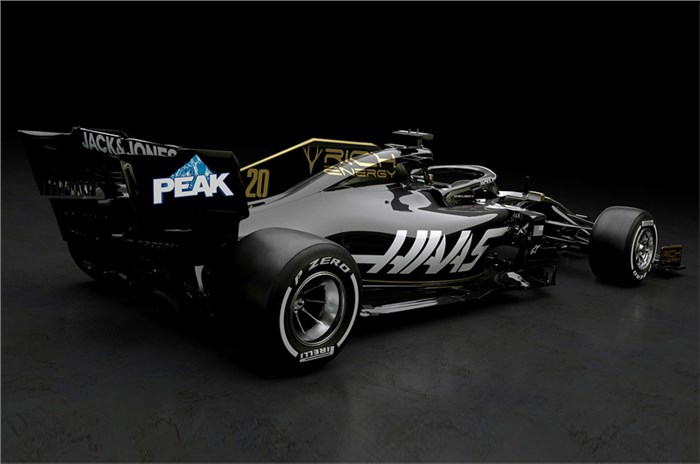 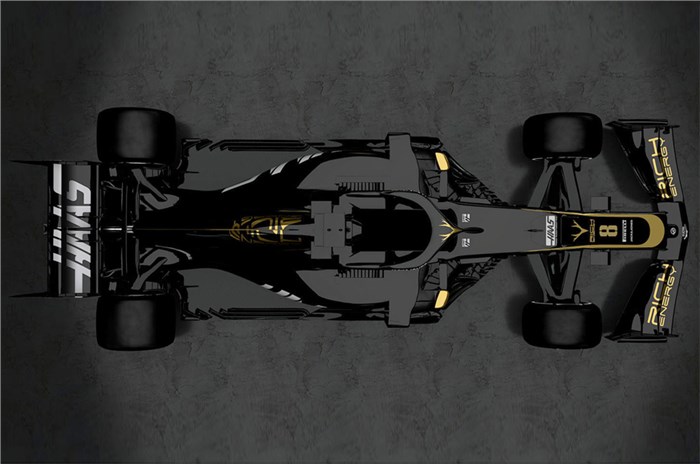 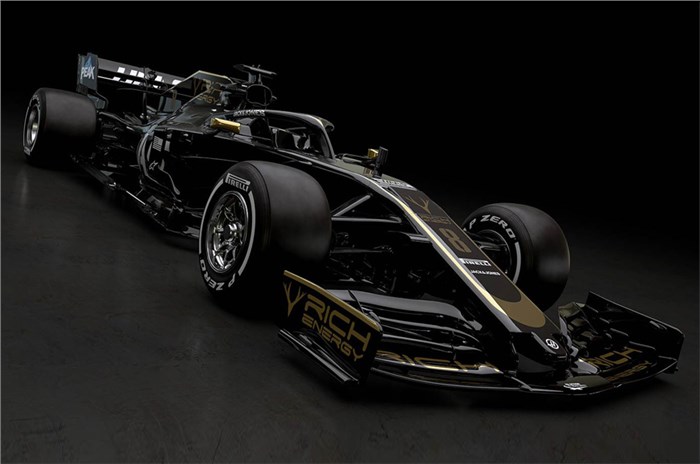 The Haas F1 Team has taken the covers off its VF-19 challenger for the upcoming 2019 Formula 1 season, with the car sporting a new black and gold livery, reminiscent of that of the older Lotus F1 cars. Although, Haas' new livery is meant to reflect the team’s new title sponsor – Rich Energy.

The team officially revealed its new livery at an event hosted at the Royal Automobile Club in London, while renders showing the design of its 2019 challenger were released online. In addition to the gold and black colour scheme, the VF-19 continues to sport familiar light grey decals.

The car also offers the first look at what the 2019 Formula 1 cars will look like, with new aerodynamic rules necessitating simpler front and rear wings in a bid to aid overtaking. Additionally, the front wing is now 200mm wider and 20mm higher, while the rear wing is 100mm wider and 20mm higher. The bargeboards are now smaller, reduced in height by 150mm and moved forward by 100mm, to improve airflow from the front wing.

“This is the time of the season when you hope you’ve got designs right and you can be competitive straight away,” said Gene Haas, founder of Haas Automation and chairman of Rich Energy Haas F1 Team.

“The new car looks distinctive, not only in terms of its colour scheme, but also with the new regulations in play. Hopefully those design changes brought in for 2019 will improve the racing on-track, and more importantly give us a shot at making more of an impact at each Grand Prix.”

“While 2018 delivered our best season to date, the year showed, sometimes sharply, that we still have areas to improve on as a team. On track, our push for performance started early with the VF-19, our next step is to get to Spain and utilise our time there wisely to prepare for Australia,” added team principal Guenther Steiner.

The team will now head to Spain for the first round of pre-season testing that will run from February 18-21, 2019, at Circuit de Barcelona-Catalunya.