Effective 2013, the use of double DRS will be banned after Formula 1 teams agreed to outlaw the concept. 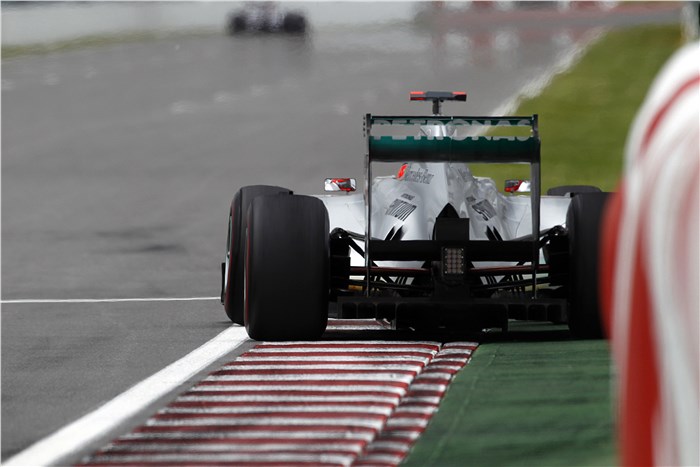 The use of double DRS will be banned for 2013, after Formula 1 teams agreed to a change in rules that will see the concept outlawed for next year.

Mercedes led the way at the start of this season with a radical design that feeds air via a hole in the rear wing endplate, all the way through the car and out the front wing - which is then stalled when DRS is activated. This helps provide a straightline speed boost.

Rival team Lotus lodged a protest against the concept at the Chinese Grand Prix, but it was rejected by the race stewards who were adamant that channelling air through a hole that is opened when DRS is activated was not against the regulations.

Despite being disappointed at the time about the failure of the protest, Lotus duly set about developing its own version of double DRS, which it tested at the German GP and is set to race in Belgium next month.

Other teams have not pursued the idea yet, and there have been concerns among some of them that work on double DRS could become the subject of an expensive development race.

Following discussions at the F1 rules think-tank, the Technical Working Group, sources have revealed that a majority of teams agreed for a change in regulations that will ensure they cannot incorporate double DRS into their cars for 2013.

Although Mercedes did not support the change in rules, because it had made such a headstart in the area, it could not stop the ban going through as it only needed a majority of teams to agree.

It is understood that the changes to the rules will be made official by the FIA's World Motor Sport Council later this year.

Despite rivals claiming that double DRS was an expensive avenue of development, Mercedes team principal Ross Brawn was always adamant that it was cost-effective.

Speaking earlier this year he said, "People talk about the huge cost, but there isn't really a huge cost. You all know that there are a couple of carbon pipes running down the car, and the man on the street will tell you that they cost a few thousand pounds – they are not millions of pounds."