The Mexico City E-Prix saw di Grassi pip Mahindra Racing’s Pascal Wehrlein at the finish line, while both Nissan drivers ran out of power with a lap to go. 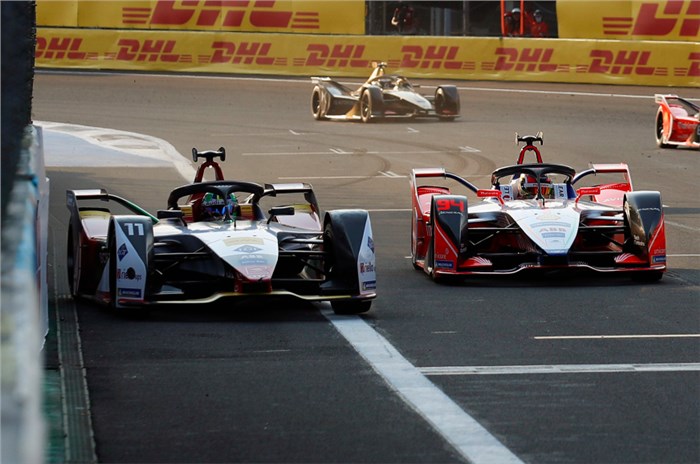 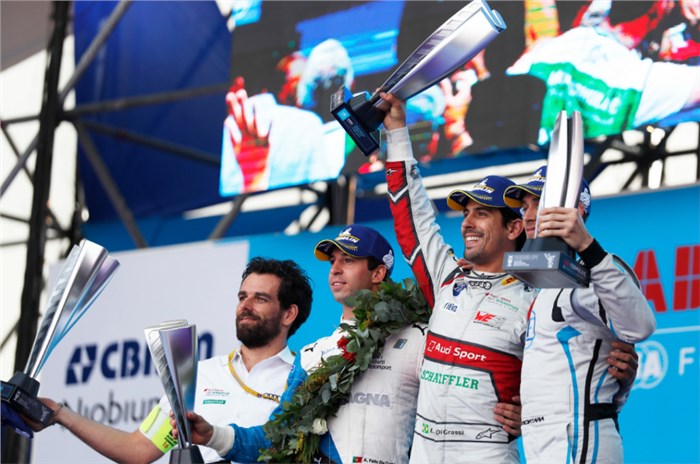 Mexico City served up a thriller of a Formula E race that culminated in a tight battle for the win, with Audi’s Lucas di Grassi edging out Mahindra Racing driver Pascal Wehrlein at the finish line.

Wehrlein had started the race from pole and held on to the advantage after the first lap, while behind him, Oliver Rowland moved up from fourth to second. However, the race was soon red-flagged when Nelson Piquet Jr’s car was launched into the barrier as he attempted to pass Jean Eric Vergne coming into Turn 14. Vergne and Alexander Sims’ cars suffered damage as a result of the incident. However, the red flag period gave teams the opportunity to fix the damaged cars in the pit lane.

The race resumed behind the safety car with 40 minutes left on the clock, with Wehrlein once again leading the pack with Rowland and di Grassi in tow. The safety car stayed out a lap longer than expected, which meant that Sebastien Buemi, Felipe Massa and a number of other drivers who activated their attack mode immediately after leaving the pits would run out of the extra power sooner. The top three benefitted by activating their attack mode on the last of the two laps behind the safety car and managed to maintain their distance from Buemi and Antonio Felix da Costa, who were running in fourth and fifth respectively.

The top five drivers bunched up towards the end of the race and di Grassi used his Fanboost advantage to further close the gap to Rowland.  With nine minutes left on the clock, di Grassi finally moved past Rowland as the Nissan driver went wide at the end of the attack mode zone. While di Grassi then set his sights on Wehrlein, behind him, both Nissan drivers ran out of energy with a lap still to go.

As di Grassi and Wehrlein battled it out for the win, it soon became evident that Wehrlein’s car was running out of energy too. With just 5 percent of energy left and three laps still to go, Wehrlein had to lift off and coast to preserve energy. He ultimately ran out of energy on the run to the finish line, enabling di Grassi to slip down the inside to win the race by half a car’s length.

Wehrlein was handed a five-second penalty after the race for cutting the Turn 4 chicane on the final lap, which dropped him to sixth place. This promoted da Costa to second place and Edoardo Mortara to third. Wehrlein’s team-mate Jerome D’Ambrosio finished the race in fourth place, handing him enough points to move into the lead of the drivers’ championship once again. After starting the race in 19th place, Andre Lotterer made his way up the field to finish fifth.

Massa scored his first Formula E points with an eighth-place finish, behind Mitch Evans. Meanwhile, Sam Bird and Daniel Abt wrapped up the final point-scoring positions in ninth and 10th place respectively, rising from 22nd and 21st on the grid.

Despite missing out on what could have been the team’s fourth consecutive podium this season, Mahindra Racing still leads the teams’ standings, 10 points clear of second-placed Virgin Racing.