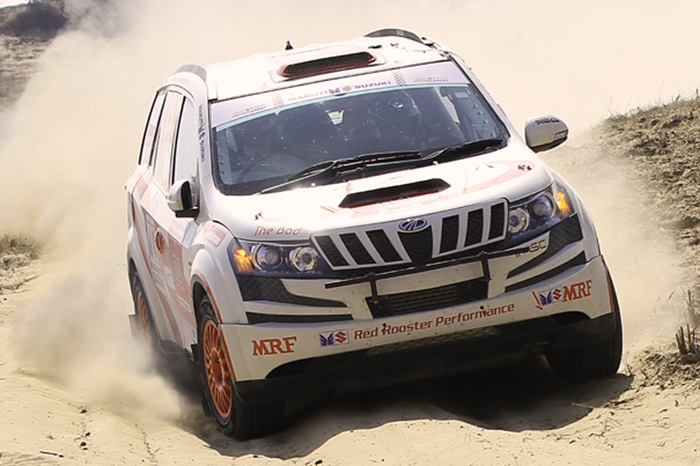 The 12th Maruti Suzuki Desert Storm was flagged off from Delhi on Monday, with 250 Indian and foreign participants fighting for top honours. The six-day marathon will traverse through the Indian desert and end at Jaipur on March 1, covering almost 2200 kilometres through the dune outback of Sardarshahar, Bikaner, Jaisalmer and Jaipur.

2014 marks the highest number of participants the event has seen in its 12-year history – 220 competitors had taken part last year.

Under Xtreme format, 55 four-wheeler teams took the start while the two-wheeler contingent comprised of 35 riders. Additionally in TSD format, 35 teams in Rally Ndure and 25 in Rally Xplore took the start as well.

In the motorcycle category, Bangalore's CS Santosh is leading the pack, followed by Austrian Helmut Frauwallner and Jes David of Jaipur. Defending champion Mohit Verma of Chandigarh lost his third place position due to mechanical issues.