Pedro De la Rosa will be back to racing with Sauber in 2010. 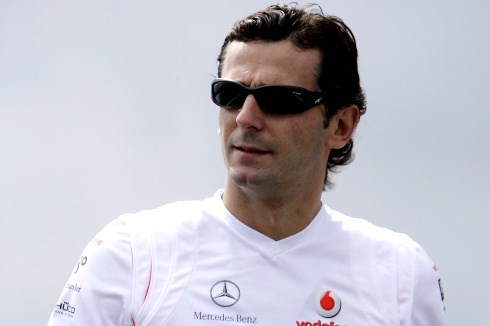 Pedro de la Rosa will return to Formula 1 racing this year after securing a seat with the BMW Sauber team, the Swiss squad confirmed on Tuesday.

The 38-year-old Spaniard has been McLaren's reserve and test driver for seven years, but will be back to racing in 2010 with the Hinwil-based squad. De la Rosa will join Kamui Kobayashi at the team.

"Pedro has spent many years working for a top team at the highest technical level," said Peter Sauber. "We as a team stand to gain from his experience and the same goes for young Kamui. The combination of a seasoned racer and an up-and-coming young driver has repeatedly proved a very fruitful one. I don't expect either of them to disappoint in 2010.”

The Catalan driver last raced in Formula 1 at the 2006 Brazilian Grand Prix, when he stood in for Juan Pablo Montoya. "I always firmly believed I would be given another chance as a team driver," he said.

"Since the number of test drives were radically reduced, this was what I was working towards. I'm really excited about the season with Peter Sauber's team, which has been a solid fixture in Formula 1 ever since 1993," he concluded.