On Saturday, a fine podium had kept rookie title hopes alive for the Sahara Force India Academy driver but two haywire races took away the chance. 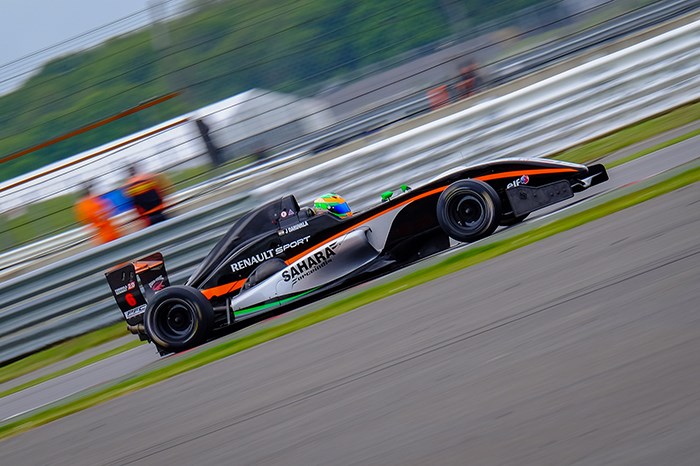 Indian prodigy rounded off his debut season in car racing by finishing second in the rookie classification and fifth overall after the Formula Renault NEC 2.0 season finale at Hockenheim.

On Saturday, a fine podium finish had kept rookie title hopes alive for the Sahara Force India Academy driver but two haywire races on Sunday took away the chance.

On Saturday, the gap was down to 4.5 points between Daruvala, who drives for Fortec Motorsport and rookie rival Max Defourny (Strakka Racing).

Sunday’s first race was a disaster for the Indian as he spun four times in treacherous conditions, with the last spin resulting in a DNF after having completed six laps after having started sixth on the grid.

His rival Defourny though finished ninth, stretching the lead to 16.5 points with one race to go where Daruvala was set to start P2.

A jump start in race three put paid to any hopes of a title showdown, and while the Indian hesitated off the line having realised his error, it didn’t prevent the stewards from handing him a drive-through penalty.

Furthermore, he got entangled with Dries Vanthoor on the opening lap, the contact sending the Indian flying off the track. Having served the drive-through, he emerged in last place (18th) and fought back to 11th but it wasn’t enough as Defourny finished fourth to seal rookie honours.

In the overall Renault 2.0 NEC standings, Louis Deletraz won with 378 points followed by Kevin Jorg with 305 points and Ukyo Sasahara on 296.

Defourny finished fourth and as the top rookie with 218 points while Daruvala rounded off the top five and the second-best rookie with 194.5 points.