The inaugural race of the MRF Challenge saw intense action at the Buddh International Circuit. 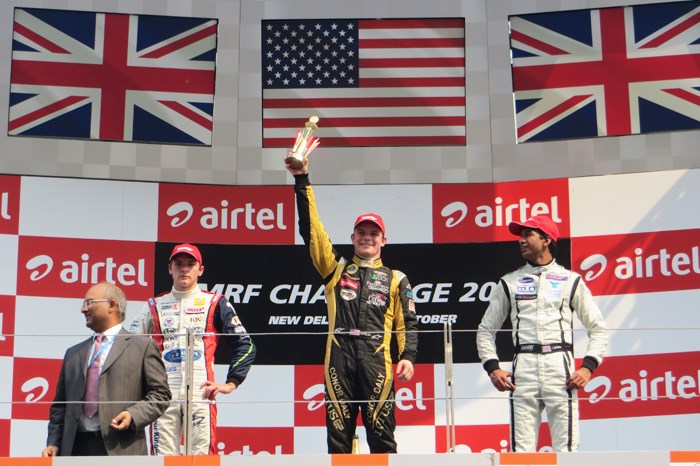 GP3 race winner Conor Daly won the first race of the MRF Challenge, running as one of the support events for the Indian Grand Prix.

Daly, son of former F1 driver Derek Daly managed to ouutdrag pole sitter Jordan King on the run down to the first corner and never looked back.

The American had arrived in India only on Friday, directly from a World Series test in Barcelona and got barely three hours of sleep before leaving for the circuit to have his seat fitting done in time for the 30 minute practice session in the afternoon. Post another 30-minute nap, he managed put the car on second for the grid of race one.

Reigning FIA Formula 2 champion Luciano Bacheta took third after a close battle with Daly and King which lasted throughout the race.

The only two Indians on the grid – Parthiva Sureshwaren and Ashwin Sundar finished seventh and eighth after Parth Ghorpade’s car had an electrical malfunction on his car, causing an aborted start.