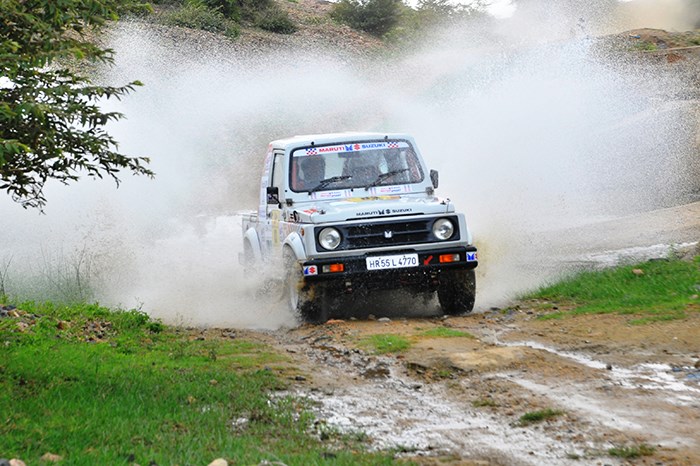 Covering a total of 100 kilometres during the course of the day, leg three saw Sharma (co-driver Varun Devessar) further extending his lead over Agarwal (Venu Ramesh Kumar) to over one and a half minutes, with Rana (Parminder Thakur) just about 30 seconds behind.

The nine-time Raid de Himalaya winner had encountered a torrid leg one which saw him sixth at the opening day but managed to carve his way upto fourth at the end of leg two on Wednesday. All three top runners are piloting Maruti Gypsys.

Last year’s Dakshin Dare winner and leg one leader Amanpreet Ahluwalia had ended up eighth at the end of leg two but managed to move up to fifth by the end of the day.

In the Endurance category, Team Maruti drivers Karthick Maruti and Sankar Anand maintained their lead with a total penalty of 1:36 over 300 kms from Shimoga to Hospet during the course of the day. Sachin Singh and Pratima finished the day in second with a penalty time of 2:14 while Ganesh Murthy and T Nagarajan of Team Maruti were placed third.