The day’s three stages were run on the outskirts of the town of Hospet, totalling 175 kilometres. 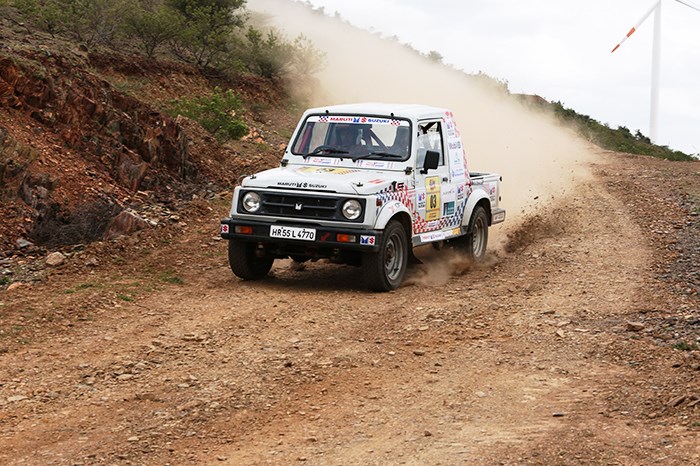 The day’s three stages were run on the outskirts of the town of Hospet, totalling 175 kilometres.

In the Extreme Bike category, defending winner Natraj continued to extend his lead further from Mohit Verma and Pramod Joshua in second and third respectively.

Endurance category also saw no change at the top of the leaderboard, with Team Maruti drivers Karthick Maruti and Sankar Anand leading with a total penalty time of 1:59. In second spot, Sachin Singh and Prathima finished the day with a penalty time of 2:38 while Ganesh Moorthy and T Nagarajan of Team Maruti were third with a total penalty of 2:48.