The last year's winner leads the field at the end of day one, followed by Sandeep Sharma in second while Suresh Rana lies sixth. 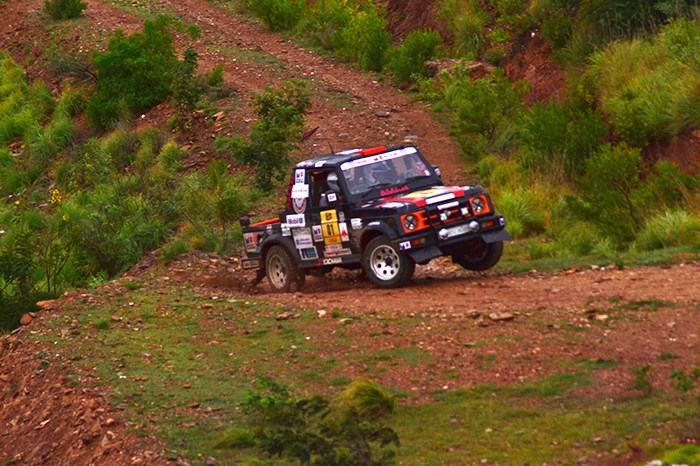 At the end of day one of the 2014 Maruti Suzuki Dakshin Dare, defending winner Amanpreet Ahluwalia (co-driver Sudeep) leads the rally from the Team Maruti duo of Sandeep Sharma and Varun Davessar.

Druva (Roopesh) are in third, with Suresh Rana, also from Team Maruti,  currently lies sixth, with the top six drivers separated by one minute.

In the Extreme Bikes class, defending winner Natraj maintained his lead on day one, followed by Mohit Verma and Promod Joshua in second and third respectively.

Amanpreet commented, “Day one was a thrilling start to the rally. The competition gets tougher every year as the bar in this motorsport is raised higher and higher."

"It has always been a close call with the likes of Suresh Rana, Sandeep Sharma and Sanjay Agarwal, all renowned rally drivers in their own right. The Dakshin Dare experience is everything a rally driver can truly ask for and I’m proud to be a part of it”, he added.

In the Endurance category, Karthik Maruti-Shankar Anand of Team Maruti are leading at the end of  ay one.