As usual, Dakar has been a rally of attrition with only 80 riders still contention, out of 160-plus who had taken the start ten days ago. 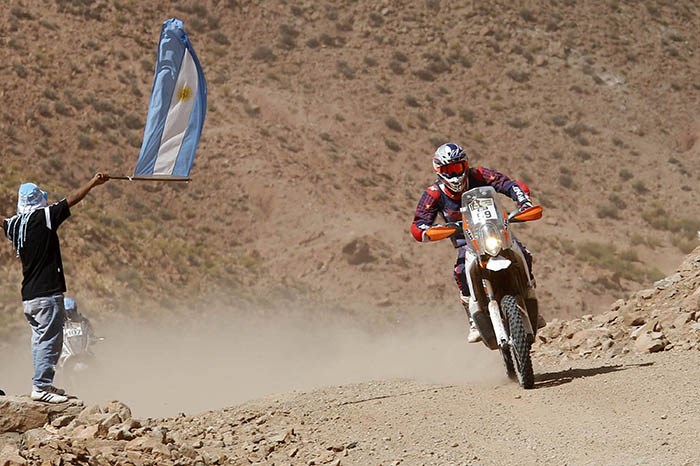 Indian rider CS Santosh continues to make progress in the toughest motorsport event in the world, the Dakar Rally, as he broke into the top 40 after being classified 38th at the end of day 10.

As usual, Dakar has been a rally of attrition with only 80 riders still contention, out of 160-plus who had taken the start ten days ago.

For the Bangalore rider, the start had been understandably slow, as he tried taking things easily knowing well that the Dakar cannot be won in the first stage, as British rider Sam Sunderland found out later.

Sunderland had been the hot favourite after winning the first stage but lost his way on the second day before crashing out of the event on stage four resulting in a collarbone and shoulder injury.

Thankfully there were no such major dramas for Santosh in the early stages, as the Indian made up 35 spots on day two and finished 50th at the end of the second stage, out of 160-odd riders.

Thereafter, he stayed on the fringes of the top 50 for the next couple of days, maintaining steady pace despite several spills – one of which resulted in a shoulder injury on day two and a hairline fracture on his toe on day six, while he attempted to overtake another rider on stage and was hampered by poor visibility.