Dakar kicks off, stage one cancelled due to bad weather

The prologue stage – an 11-kilometere special near Buenos Aires was a new addition to the Dakar this year. 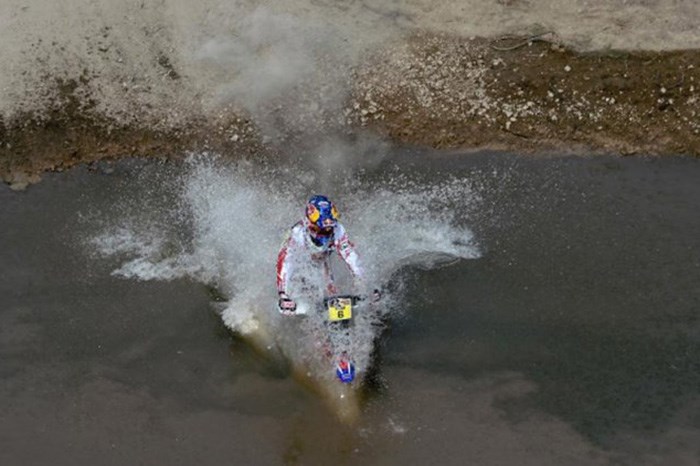 The 2016 edition of the most difficult race in the world – the Dakar Rally, has kicked off on a rather difficult note, after opening stages being called off.

The prologue stage – an 11-kilometere special near Buenos Aires was a new addition to the Dakar this year, designed mainly to set the starting order for the first of the full-length stages on Sunday with times counting towards the final result as well.

Indian off-road maestro CS Santosh managed to finish a lowly 127th after hitting a small river enroute which cost him precious time, which meant he would start in the bottom ten for his second Dakar attempt.

The only other Indian entry – the Sherco-TVS Rally team – had a better outing Alain Duclos finishing 20th abroad his TVS-Sherco RTR 450 with his teammates Joan Pedrero Garcia and Florent Vayssade finishing 25th and 35th respectively.

The prologue was later cut short after an accident in the car category saw four spectators being run over by X-raid Mini of Chinese Dakar debutant Guo Meiling, leading to the cancellation of the stage.

Later on Sunday, the opening stage, which stretched over 650km from Rosario to Villa Carlos Paz was also cancelled due to weather, with heavy rain leaving parts of the route undrivable. After repeated delays in hope of conditions improving, the stage was eventually cancelled and competitors instructed to complete the stage as an ‘untimed segment’, commonly known as transport.