Despite retiring due to a technical issue, Noah will be able to continue running the remaining stages, but he won’t be classified for an overall result. 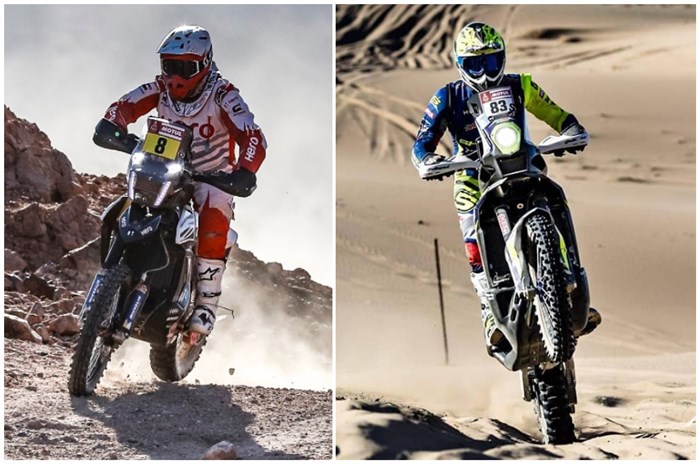 Stage 3 of the 2020 Dakar Rally proved to be a challenging one for the Indian contingent with Sherco TVS’ Harith Noah and Hero MotoSports’ Paulo Goncalves both falling prey to the gruelling nature of the rally. Covering a total of 504Km, the stage saw the 2020 Dakar Rally reach its highest point at an altitude of 1,400m as competitors completed one more loop around the city of Neom.

Indian rider Harith Noah enjoyed a blazing comeback run in the previous stage and made some good progress to climb from 111th to 65th place in the overall rankings. Unfortunately, a technical issue forced him to retire from the rally even before Stage 3 could kick off. However, there is some good news for the Dakar debutant since the newly introduced “Wild Card” rules permit competitors who have retired to return and run the remaining stages. The only caveat is that these returning participants only be competing for stage results and will be considered out of contention for an overall result.

Goncalves’ Hero 450RR stopped after 30km into Stage 3 due to an engine issue. This resulted in a 6hr wait as his assistance team changed the engine to allow him to resume the stage. The Portuguese rider will likely receive a penalty but he will be able to continue the rally and gain some more experience for Hero. Sebastian Buhler ended up completing the stage as the best finisher for Hero in 21st place. His consistent performance sees him gain some ground in the overall rankings and he now stands 23rd. His teammate Joaquim Rodrigues completed the stage in 31st place.

The stage ended up being riddled with navigational errors for CS Santosh, but he held on to finish 52nd. Nevertheless, he has gained some ground in the general standings and is now 44th overall. “Before the refuel I got lost and I lost a lot of time. And after the refuel, again it was really difficult to find the tracks and I spent a lot of time trying to find the right way. So I made a lot of mistakes today, but I’m happy to make it to the finish and there’s still a long race to go, so hopefully I find some good rhythm in the days to come,” he said.

Sherco TVS’ Adrien Metge was the top finisher for the Indian contingent with a strong 10th place stage finish. This result has propelled him to 12th place overall and he’s now inching closer to the top 10. His teammates Lorenzo Santolino and Johnny Aubert finished the stage in 12th and 22nd place respectively. As a result, Santolino moves up to 16th place overall, while Aubert holds on to 18th place.

The stage itself saw some confusion and the bike results were altered due to a technical problem that affected the GPS of the riders. But it is Ricky Brabec who has ended up taking the overall lead after winning Stage 3. Rally legend and two-time Dakar winner Carlos Sainz put in a strong display to win Stage 3 and move into the overall lead in the car category. Fernando Alonso reacted to a disappointing Stage 2 with his strongest showing in the Dakar yet, completing Stage 3 in 5th place.