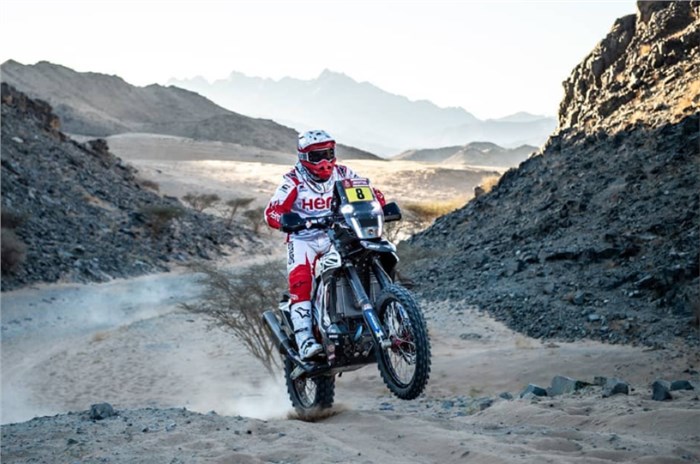 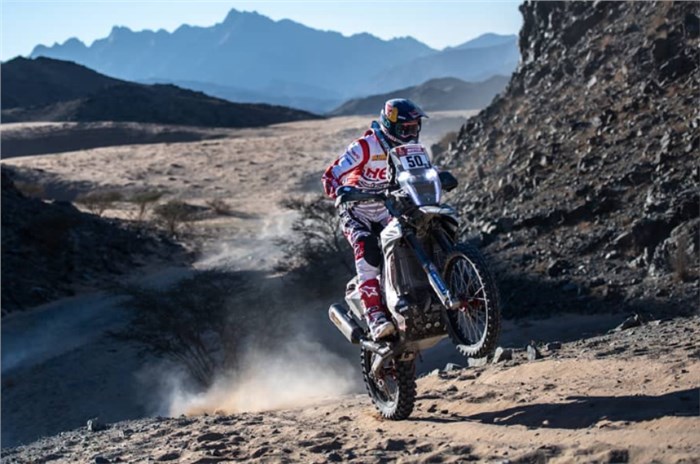 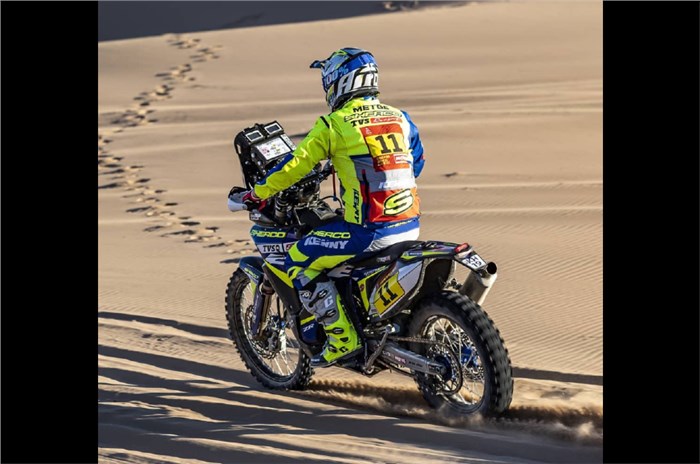 The 2020 Dakar Rally has officially gotten underway, with a challenging first stage that many regard as a “mini Dakar” owing to the fact that it encapsulates several defining features of this Saudi Arabian edition of the event – fast sections, winding tracks, dunes and rocks. Hero MotoSports Team Rally and Sherco TVS Rally Factory Team have fielded four riders each for the event, and after the opening stage it’s Hero MotoSports’ Paulo Goncalves who is leading the way for the Indian contingent with a 12th place finish.

After five years racing a factory Honda, the Portuguese rally veteran has taken on a new challenge with Hero MotoSports. With 11 more grueling stages ahead, Goncalves approached the opening stage with some caution to avoid any navigational errors and crashes.

Sebastian Buhler was the next best finisher for Hero MotoSports with a 32nd place ranking on what is his debut outing for the team. The 25-year-old was drafted in to replace the injured Oriol Mena.

India’s CS Santosh, meanwhile, finished the stage in 39th place – a commendable finish considering it was a tricky stage for him. He was enjoying a relatively trouble-free run, but then suffered a crash towards the end while trying to overtake a few riders in a rocky section. “Other than that [the crash], it’s all good, the bike is working well and I’m happy to make it to the end of the first stage,” he said, clearly in good spirits after the opening stage.

“I think I did a good job today. Just towards the end I lost a bit of time because I had a crash. But I have a good feeling for the race.”

Hero MotoSports’ fourth rider, Joaquim Rodrigues, appears to have retired from the stage due to a mechanical issue.

Over at Sherco TVS, Adrien Metge was the top finisher for the team with a stage result of 15th place. The French rider was called on to replace his brother Michael Metge at the last moment, with the latter suffering a knee injury during testing.  Johnny Aubert finished 22nd, followed by Lorenzo Santolino who encountered a minor mechanical issue, but the problem was resolved in time and he was able to complete the stage in 26th place. The only other Indian rider participating this year is Dakar debutant Harith Noah, who finished the first stage down in 111th place.